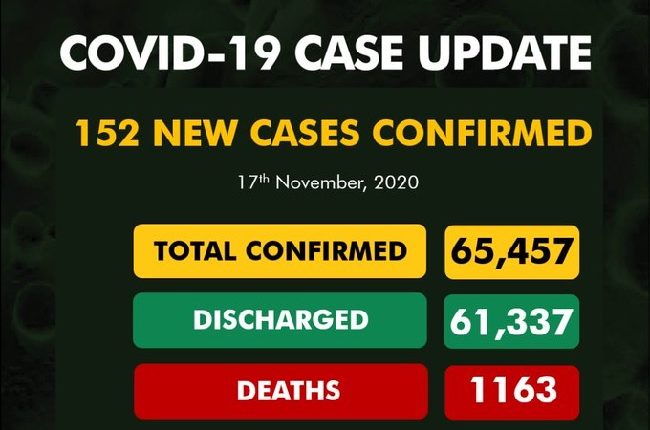 The Nigeria Centre for Disease Control (NCDC) has recorded 152 new cases of COVID-19, bringing the total number of infections in the country to 65,457.

It said the new cases were confirmed in 12 states.

Last week, the 46th week of the pandemic in Nigeria, the country recorded 1,206 new infections (November 8 – 14), an increase when compared to the 923 cases recorded the previous week