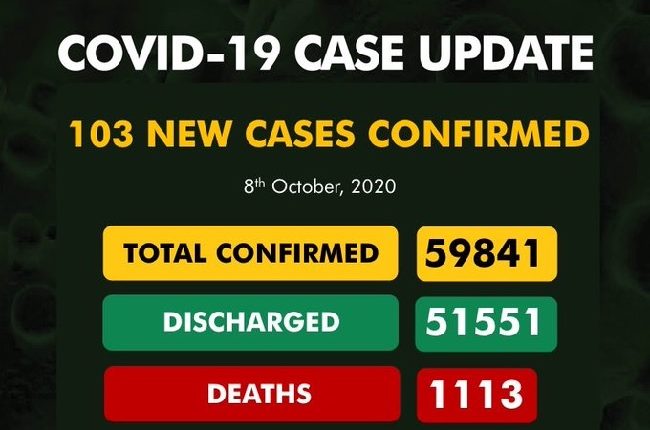 The Nigeria Centre for Disease Control (NCDC) says COVID-19 cases in Nigeria has increased by 103, with total infections now 59,841.

The NCDC made this known on its official twitter handle on Thursday.

Using communication as pivot for SMEs in difficult times

BREAKING: Sunday Igboho in court, yet to be arraigned