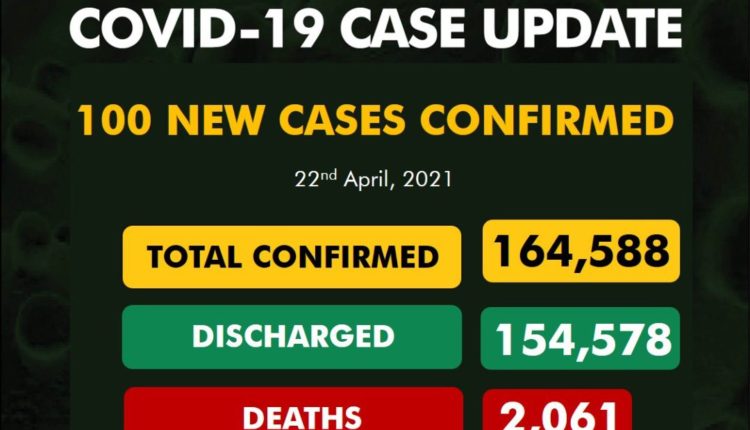 The Nigeria Centre for Disease Control (NCDC) has recorded 100 new cases of COVID-19, bringing the total number of infections in the country to 164,588.

It’ll be suicidal for FG to contemplate salary reduction ― NLC