Top NewsBusiness News
By Sulaimon Olanrewaju On May 3, 2017 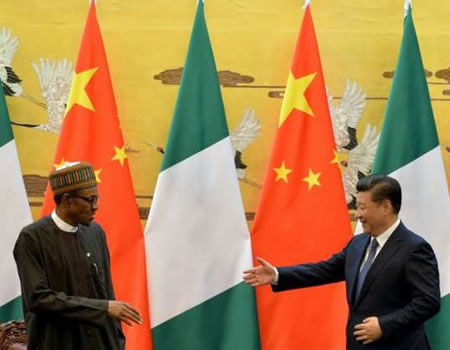 The Federal Government of Nigeria’ indebtedness to China stood at $3.22bn at the end of December 2016, according to a report released on Tuesday by the National Bureau of Statistics (NBS).

This is part of the total foreign debt stock of both the federal and state government which was put at $11.41bn by the bureau.

The domestic debt of the two tiers of government stood at N14.02trn at the end of December 2016.

A breakdown of the foreign debt shows that $7.99bn was multilateral; $198.25m was bilateral (ADB) and $3.22bn from the Exim Bank of China credited to the Federal Government.

According to the report, “Total FGN debt accounted for 68.72 per cent of Nigeria’s total foreign debt while all the states and the Federal Capital Territory (FCT) accounted for the remaining 31.28 per cent.

“Similarly, total FGN debt accounted 78.89 per cent of Nigeria’s total domestic debt while all states and the FCT accounted for the 21.11 per cent balance.”

It stated further that “Lagos State has the highest foreign debt profile among the 36 states and the FCT, accounting for 38.70per cent, while Kaduna (6.25 per cent), Cross River (3.22 per cent) and Ogun (2.90 per cent) follow closely.”

The report also showed that Lagos State has the highest domestic debt profile among the states accounting for 10.54 per cent of the debt stock.

Still on the legacy of NA 7