• It's time to restore national consciousness through true federalism ― Akeredolu 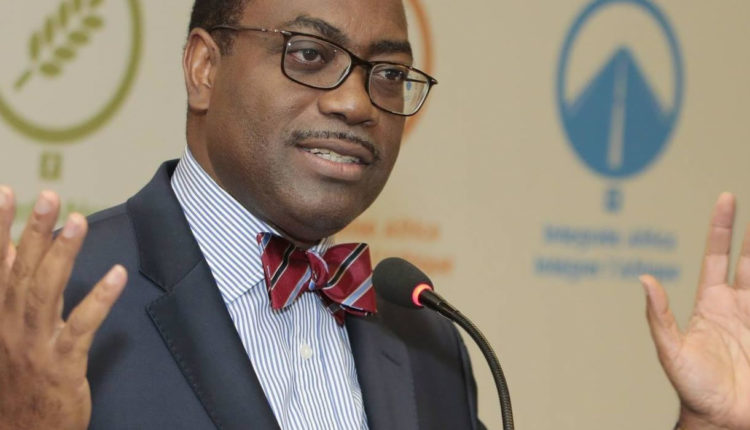 The President of the African Development Bank Group, Dr Akinwumi Adesina, has said that the Nigerian system of federalism does not grow its constituent entities but makes them perpetually dependent.

Adesina who stated this during a lecture to mark the second inauguration ceremony of Governor Rotimi Akeredolu of Ondo State, as the sixth governor of the state, said what operates in Nigeria is not federalism but fatherism.

He, however, said for states to survive and thrive, they must become less financially independent of the centre.

He noted that: “They are poor in the midst of plenty. They do not maximally explore or leverage what they already have in abundance. The federal system of monthly grants has paralysed them.

“State governors now spend more time in Abuja than they do in their own states, seeking monthly federal manna. This financial pilgrimage creates a sense of helplessness and overt dependency on the centre. The truth, however, that to survive and thrive, states must become financially independent of the centre in Abuja.”

“It is federalism that’s fiscally unhealthy for states and the Federal Government, because Nigeria depends on oil for over 70 per cent of government revenues, any decline in the price of oil creates fiscal and economic volatilities that reverberate across the states.

“What’s needed is greater economic and fiscal autonomy for the states. The issue is less about state or regional autonomy, but the financial and economic viability of Nigeria’s constituent states.”

Adesina, however, said for states to become more financially autonomous through greater fiscal prudence, they must focus on unlocking the huge resources they have based in their areas of comparative advantage.

“They will rapidly expand wealth for their people, with their increased wealth they will be able to access capital markets to secure long term financing to fast track the growth and development.

“States that adopt this strategy would have less of a need for monthly trips to Abuja for grants. Instead, part of their federal revenue allocations can be saved as internal state sovereign wealth funds.

“This can be used to used as guarantees again borrowing from capital markets. They would be free from needing to exclusively rely on the Federal government,” the AFDB President said

Adesina however, advocated for the restructuring of the country as a way out of the nation’s economic quagmire which should not be driven by political expediency but by economic and financial viability.

He said: “The resources found in each state or state groupings should belong to them. The constituent entities should pay federal taxes or royalties for those resources.

“The achievement of economically viable entities and viability of the national entity requires constitutional changes to devolve more economic and fiscal powers to the states in regions,” he said

Speaking, Governor Akeredolu, blamed the growing sectional activism which he said is gradually replacing national patriotism on the faulty and twisted federalism as operated in the country.

He lamented that most Nigerians are losing faith in “Unity in Diversity” sloganeering while urging that the only opportunity to restore national consciousness is through True Federalism.

Akeredolu said rather than building the nation, Nigerians are more inclined to ethnic nationalism, noting that the people have resorted to clannish satisfaction in place of nation-building.

The governor who identified insecurity as the most potent threat to national belief stressed that the consequences are increasingly becoming more daring, adding that the time to act is now.

Speaking on the efforts of the South-West governors in tackling insecurity in the region, he specifically said the fight is against criminality and not targeted at any ethnic nationality or business.

He said: “We are against criminality and we shall fight criminality with every legal means. It is in the interest of our collective wellbeing.

“All we require is the support and understanding of all federating units, including the Federal Government. The simple truth is that we have lived in self-denial amid an excruciating pain that is almost cancerous now.“

“Notwithstanding our challenges today, my firm belief in the Nigerian project is strengthened by my fact of a true Nigerian.

“That I desire a more united Nigeria with every ingredient of freedom, rule of law, patriotism, love, mutual respect and harmony is an understatement and I am prepared to fight for it legitimately for the benefit of all.”