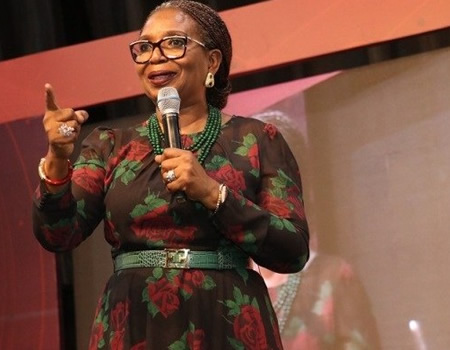 The Chairman of the First Bank Plc, Mrs Ibukun Awosika, on Wednesday, advocated for the general overhaul of Nigeria’s education system to meet with modern realities and stressed the need for Universities across the country to be the solution-centred and not certificate-centred.

Awosika who stated this in Ilara-mokin, Ifedore Local Government Area of Ondo state, while delivering the 3rd convocation lecture at Elizade University, Ilara-mokin, titled: “The Nigerian University System and the challenge of internationalization.”

Awosika noted that most institutions in the country are producing graduates with academic degrees that are not applicable or relevant to the basic realities of the immediate society, describing it as a waste of time and resources.

She said, “Institutions must build leaders that are committed to making things work out, not selfish leaders; those that will affect the lives of others. Our education system must build people to solve our nation’s problems.

“Everyday is a changing world. We need to change how we teach. As a people, if we don’t take care of this generation, we are in problem. We need to think on how to turn the universities we have to be solution-centred, not certificate-centred.”

According to her, Nigerian  universities must move away from mediocrity, master-servant/student-lecturer relationship to embrace the openness of mind, saying  that “a university that is not preferring solutions to the nation’s challenges are not providing anything.”

She listed the opportunities abound in ICT and making the world a global village, urging the university authorities, management and students to utilize the internet as a major complementary part of education.

She, however, demanded for the restructuring of the education sector, while she called on the Nigerian student to rediscover themselves and identify “Who they are,  Where they are going? How do they get there? How they would like to see themselves”

Awosika tasked the students on purposeful living and implored them not to hinge the ultimate aim of living on making money “but to find yourselves. In the journey of life, know where you are going: sometimes, you have to make sacrifices.

“If your value system is not right you might not get there; there are so many people who fail because of bad behaviour and character. The journey is not where you are but where you end it, the choices you make, the courage to reject some ugly things.”

The chairman of the occasion and former governor of Osun State, Rauf Aregbesola, advised the students to be focused, develop the right mindset and be prepared to program solution to myriads of challenges confronting Nigeria as a nation.

Aregbesola, who was represented by his deputy, Mrs Titilayo Laoye-Tomori, lauded the founder of the university, Chief Micheal Ade- Ojo, for offering a reliable alternative to tackle the decay in the education sector.

The Vice-Chancellor, Prof. Olukayode Amund, who was inaugurated as the 3rd substantial VC of the institution, expressed commitment to provide quality education and leadership skills that will bear positively on the development of the nation.

He disclosed that all the five faculties of the institution with 30 programmes have been fully accredited by the National Universities Commission (NUC), adding that the students undergo entrepreneurial and skill development.

Recounting the achievements in the last one year, he disclosed that two academic staff were among 35 researchers across the African Continent who won the multi-million dollar research grants awarded by the Association of Commonwealth Universities (ACU).

Speaking on the contribution of the institution in tackling the security challenges confronting the country, Prof. Amund, said the institution had trained about 50 security operatives, mainly officers of the Nigerian Army and Nigeria Police Force, graduated from its Cyber Security programme.

He added that there was a massive deployment of modern teaching facilities, infrastructural development, ICT, international linkages and collaboration to improve teaching and learning.

“The university has awarded the contract for the construction of an ultra-modern Faculty of Engineering Complex for a whopping sum of N950 million. The contractor has mobilized to site, the building would be delivered in 60 weeks.”