Prophet Victor Omoyele is the General Overseer of Christ Love Family Ministry (CLOFAM), Apata, Ibadan, Oyo State. In this interview with OLAIDE SOKOYA, he speaks about predictions by clerics. 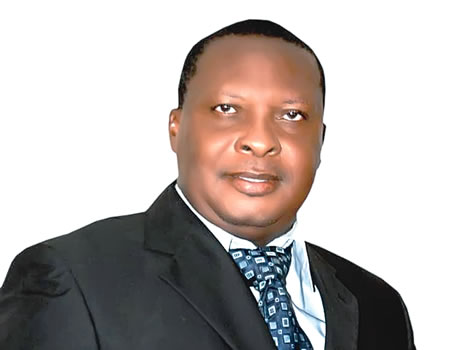 What is your view on the general election?

We have to thank God that the election was relatively peaceful. We exalt God that some of the players exhibited maturity that elections are not do-or-die affairs. The Lord has been faithful to us in the country, because we have had a lot of negative predications about the general election, but God in His infinity mercies, has been there for us. Also, the governorship election was peaceful in many states of the federation, except for some states that elections were declared inconclusive by the Independent National Electoral Commission (INEC). I revealed God’s revelation to my congregation last year that the election will be peaceful and won’t record bloodshed as expected by so many people. The Lord has been our pillar of support in Nigeria and the fact is that the country has been able to stand because of the prayers of the saints.

What is your assessment of the outcome of the election?

You will agree with me that there is nowhere in the world where one can have a   perfect election. But, so far, I think the INEC tried their best. The good thing is that we are gradually advancing our electoral system. Nigerians are now better informed about voting and vote buying. I discovered that Nigeria voted for personalities, not political parties. We need serious and responsible people in government. That is why we must be mindful about those we vote into power. The votes of Nigerians are now speaking for them. I think INEC should be commended for doing a wonderful job. Also, the number of deaths recorded during the last elections cannot be compared to previous election. That shows that God is helping us to curb election violence in Nigeria.

Predictions about elections hardly come to pass. Is it that God don’t actually reveal Himself to people or clerics misinterpret revelations?

There are two sides to your question. At times when God reveals prophesy to us, the main reason is for us to pray and avert the evil prophesy.

It happened in the Bible when God told Prophet Isaiah to tell Hezekiah that he should put his house in order, because he will die. He prayed to God for mercy and the Lord favoured him with in more years. When there is a negative prophesy, we must pray about it. In 2014, America predicated that Nigeria would break up in 2015. We prayed against it and God answered our prayers. Secondly, we have some prophets of doom that give fake prophesies because of money. There was a time God told me something about some high personalities in Nigeria. I wrote to informing them the will of God for their life. They later called me, but I refused to answer them because the Lord told me that I should not collect a dime from them. So, a prophesy is a spiritual guidance and channel God uses to communicate to us.

Do you think this election has actually produced the right set of leaders?

I believe God knows the best and anybody that is in power today is through the grace of God. A good leader is someone who has people at heart, as well is ready to serve. He must see the problems of his people as his own. A good leader will see divine intervention of God. He will have the love of the masses at heart and will know that he is going to leave that position any moment. All what we need to do is to continually pray for our leaders.

What is your advice for the new leaders?

Firsly, I want to charge President Buhari to address the issue of insecurity that is bedeviling the nation. Also, the government should create more jobs for youths, because a government that cannot create employment for its youths is sitting on a keg of a gun powder. Government at all levels should ensure that the safety and security of Nigerians, irrespective of tribe or religion, is paramount to them. The Federal Government should, as a matter of urgency do something about the economy of Nigeria that is collapsing gradually. However, Christians in Nigeria should not relent in prayers because Nigeria is our own Jerusalem. The new set of leaders should know that nothing is permanent in life, so, they should lead us with the fear of God.

What online worship has done to Christianity —Bishop Aladekugbe