Nigeria made mistake with Buhari’s election in 2015 —Wike 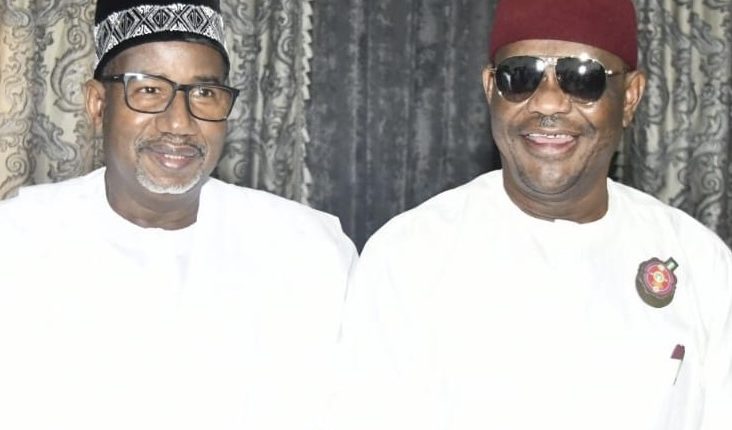 In his usual down to earth posture, Rivers State Governor, Nyesom Wike declared on Saturday that Nigeria became a mistake in 2015 when APC and President Muhammadu Buhari were elected into power.

Nyesom Wike who was in Bauchi for an undisclosed reason said that since the coming of the APC-led Federal Government, things have turned worst for Nigeria and Nigerians in every facet of existence.

He said that Nigeria has never been so polarized than now because of the weakness of the Federal government which has failed to provide good governance thereby brewing insecurity making Nigerians not to be able to settle down for anything meaningful.

The Rivers State Governor said that Nigeria has a President who does not know what is going in the country as he is seated in Aso Rock Villa not knowing what is going on across the country but running administration virtually.

According to the Governor, “What Nigeria requires now is leadership, if you have a strong leadership, most of the problems will be solved. We don’t have leadership, a good leadership is the one who can take decisions.”

He stressed that, “Part of the problem we have today is that we don’t know weather we have a leadership that takes decision, you hear people take decisions on his behalf. In fact, it was surprising to me to hear one day that someone brought papers to Mr President to sign something of billions of Naira and later the man was arrested that he deceived Mr President.”

“How can as the President of the country, your driver or somebody else will just bring a note for me to sign for billions of naira, how can that be done? He queried saying, “This country requires a strong leader.”

Nyesom Wike added that, “I am surprised that the President signed trillions of Naira to purchase arms but the arms were not purchased under the then Service Chiefs and nothing was done, at the end of the day, he compensated them with ambassadorial appointments, what kind of a country is this, what kind of leadership?

He added that, “You saw a President yesterday who said that the 2022 budget is unimplementable but yet went ahead and sign it, something you know that will not help the country, but you could not face the National Assembly and tell them that you will not sign it, take it back.”

“But the electoral act, you discovered errors that direct primaries will be too expensive and it will affect security you will not sign, but the budget that affects the lives of millions of people of the country which you know cannot work, you sign it, haba,” he exclaimed.

According to him, “I don’t understand it, it doesn’t make any sense, I won’t sign if I know that it is not going to help to grow the economy whether it is overblown, I will not sign it. I will not go to compromise.”

“As it is now, if you steal in PDP, you are a  criminal but as soon as you join the APC, you are no longer a thief, what kind of system is that, is that the kind of leadership they want, no, nobody does that,” he enthused.

While talking about the judiciary, he said that,”You talk about the autonomy of the judiciary, as we speak today, there’s no autonomy, look at the federal courts in all the states, go and see the nature of the courts.”

“I am very sure he would have made a statement if the person was killed, I am sure if Justice Odili was killed, he would have issued condolences, in a country when you see an abomination like the invasion of the House of Supreme Court Justice, it was not just invasion but a threat to the judiciary and the President of the country could not condemn such. I will not accept this because if the judiciary is hurt, democracy is hurt.”

“So, like I said, leadership is the issue, the moment we have a blessed strong leadership, then you know that you are going on the right track. Leadership does not look at religion, no way, Nigeria is a country that you must understand the feelings of other people, if you don’t do that, it will not work, if some people are feeling that they are not part of you, you must bring them closer to know that they are part of you. You must device a means to carry everybody along.”