Nigeria loses over $50b annually to postharvest waste 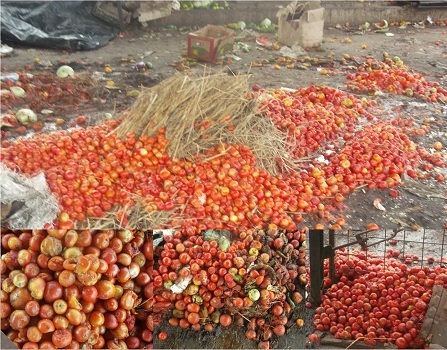 Professor Sanni, who is also the current president, international institute for tropical root crops, said that despite the fact that Nigeria is the world largest producer of yam (23million tonnes), cassava (54 million tonnes) and plantain, in the world, he said Agric researchers should do more on post-harvest development to reduce losses.

The agriculture expert, who said the cash crops, among others, could yield billions of dollars to the nation, lamented that not much was being done on value addition or post-harvest loss reduction.

Professor Sanni also advocated empirical research on post-harvest losses that is done with end users/clients in mind rather than researches that are carried out for end-users to take thereafter.

The NSPRI boss said that the institute has a government mandate to conduct research, disseminate and train on post-harvest losses, adding that there is a platform for farmers, off-takers, processors and end-users to benefit research.

The chairman governing board of the institute, Engineer Nick Wende, said that NSPRI had developed technologies aimed at reducing post-harvest losses of agricultural produce, adding that some of the technologies had been patented while others are in the process and will be completed soon.

FG, others urged to uphold, protect rights of Nigerian children

Ekweremadu in court, UK to decide whether to try them in Nigeria