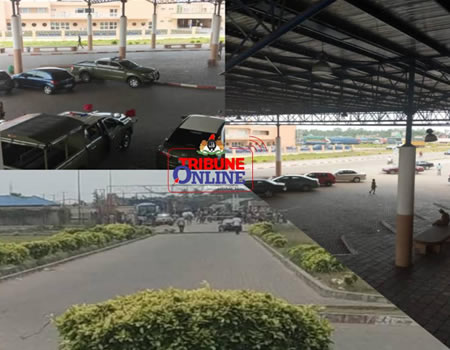 Investigations have revealed that Nigeria, through its busiest borders of Seme and Idiroko borders in the South-West region of the country, has lost N344,472,000 (excluding seizures) since the government began increased tightened border operations under the code-name Operation Ex-Swift Response.

With increased border restriction imposed in selected geo-political regions of Nigeria getting to its 12th-day, South-West inclusive, both borders are already counting their losses as suspension of trade across borders continue to bite hard on the nations revenue purse.

Speaking on alternatives to physical border closure, the National Publicity Secretary of the Association of Nigerian Licensed Customs Agents (ANLCAS), Adumaza Joe Sanni explained that Nigeria should have deployed technology instead of physically mounting the Armed Forces at the nation’s borders.

According to the ANLCA Spokesman, “Ex-Swift Response is a response to the illegal inflow of items from Nigeria’s neighbouring countries. Even though it is good for national security, it is already affecting our members who make a living through the clearance of cargoes at Customs designated borders.

“If goods are not allowed to move in or out at Customs designated areas, there is no way people like us can make or earn a living.

“At this time and age, Nigeria ought to move away from the physical closure of her borders and embrace technology. Those borders that have been identified, lets place controlled CCTV at these borders. In other words, anything that is moving in and out is monitored from a control room far away from the border. With these CCTV in place, every legal and illegal goods coming into Nigeria will be well monitored. That is for the designated border points.

“For the illegal routes, that is the undesignated points, let us deploy drones to monitor these area’s. With technology, the nation does not have to shut-out trade at her bodies. With technology, the nation still makes money while safe-guarding her access points. But with the way we have gone, the nation is losing millions in revenue. I can’t really give you an accurate figure right now because we lack adequate data keeping in this part of the world. Nigeria is not a statistic or data-keeping country.

When Tribune Online contacted the Spokesman of Ex-Swift Response, DC Joseph Attah on the huge revenue loss to the economy, he simply asked, “Are we going to mortgage the national security of this nation at the expense of revenue generation? Definitely No.”

It would be recalled that on the 20th of August, the Nigerian Customs Service (NCS) issued a statement announcing the imposition of restrictions along particular sections of the nations border post. The operation code-named EX-SWIFT RESPONSE is a joint security exercise being coordinated by the Office of the National Security Adviser (ONSA) in four geo-political zones, namely; South-South, South-West, North-Central and North-West.

According to the Nigerian government, the exercise is expected to promote interagency cooperation and increase preparedness to address trans-border security challenges such as terrorism, armed banditry, smuggling, proliferation of small arms and light weapons, amongst others. The exercise will also involve the movement of personnel, vehicles and equipment within the affected parts of the country, the statement added.

Task Force nabs 123 Jigawa indigenes as they landed in Lagos