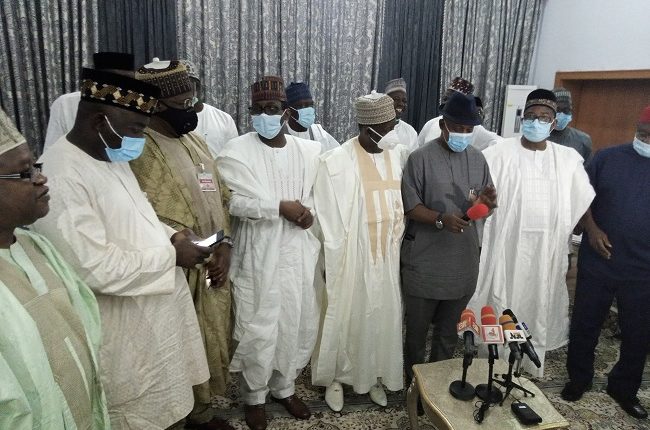 President Muhammadu Buhari has been called upon to, as a matter of urgency, step up security measures in order to secure every part of the country and make Nigerians feel more comfortable anywhere they are across the country.

The call was made by the Chairman of PDP governors forum, Aminu Waziri Tambuwal while in Bauchi on Friday stressing that without security, no meaningful progress can be made in the country adding that Nigeria is under-policed.

Aminu Waziri Tambuwal, governor of Sokoto State decried the spate of insecurity in the North West and other parts of the country opined that deliberate efforts must be made to bring the situation under control.

Though he said that some of the states have started enjoying some degree of peace and security, he stressed that more still needed to be done to ensure that insecurity did not rear its ugly head in the areas again.

He, however, suggested that more personnel are needed to increase the number of security agents like Police, Army, Navy, Air Force, NSCDC and other agencies by recruiting more qualified Nigerians who are presently roaming about without any means of income.

Aminu Waziri Tambuwal also suggested that considering the fact that the world has become a global village where everything now is done real-time, Nigeria should harness the power of digital by introducing the use of ICT in the fight against insurgency and security challenges stressing that the country is blessed with brains that can make such happened.

The PDP Governors Forum Chairman then urged Nigerians to continue to be security-conscious and expose the bad eggs within the society in order to have a crime-free society.

Akabueze confirmed as substantive Clerk of House of Reps, Ojo as Clerk to National Assembly