Nigeria is filled with talented singers, entertainers —The Cavemen 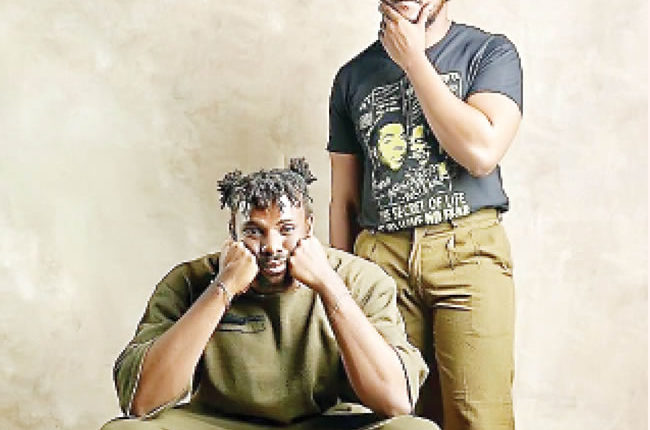 In recent times, Afro pop, Hip-hop and rap music have dominated the Nigerian music scene and have made highlife almost forgotten. But Benjamin and Kingsley Okorie, who are both called The Cavemen, have decided to put the sound back on the map. They are both singers, songwriters, producers and instrumentalists and their latest album, ROOTS, won an award for the best alternative album in the just-concluded Headies Music Awards. In this interview by FAVOUR BOLUWADE, the Okorie brothers speak on their uniqueness and the messages behind their music. Excerpts:

Why the name Cavemen?

We have the name because the name depicts purity and truth. You know, it is what we believe in. In the early days, the early men were cavemen and they could create from anything and that is how we came about our name.

When did you start your music professionally?

You recently won an award at the Headies Award music event; how do you feel about it?

We are good. It is an achievement, not just for us but for highlife on that platform.

Are you concerned that your music was categorised as alternative music at the nomination stage?

We do Highlife but we are not restricted to that. Highlife is fundamental. What we call it now is highlife fusion. We didn’t have an issue being in the alternative music category.

How do you hope to make a name for yourself in the industry?

Kingsley:  We want to make the music industry more dynamic and better so there will be very strategic collaborations. We intend to have collaborations with Asa, Cobhams  Asuquo and many more singers. Nigeria is filled with talented people you know; so for us, it is really about how effective we can be and how the music is passing the message. The songs must achieve a particular goal or goals.

We know you are ‘The Cavemen’, what do we not know behind the scene of the duo?

Kingsley: We both play instruments, I play the bass guitar while Benjamin plays the drums.

As brothers, you are coming into the industry when musical team has become almost controversial. How do you intend to stay aloft?

First of all, it is music, it is highlife and it is just about how we present ourselves. In our acts, presentation and delivery, we want to be different from others and it is just in those ways.

How has it been for you musically so far; has there been any serious challenge?

Benjamin: Well, the pandemic was an obvious challenge but we have been able to stand.

Have you any intentions to be signed to a music label or you are cool with your independent music?

Kingsley: About being signed to a music label, there haven’t been any serious issues too. We are calm and confident about the future and well, if a label signing comes in, we are also open to that.

Benjamin: Growing up was fun really; we were involved in a lot of church activities and our mom never wanted us to be idle. We have been playing the instruments since we were young.

Kingsley: My dad used to play highlife music a lot and then, our driver was a die-hard Oliver De Coque fan; we knew all his records.  Our security man was a reggae/dance hall individual so it was just an all-round thing.  Everybody was interested in music, including my siblings; it’s just that not everyone can do music.

It is becoming almost a norm to have illicit contents, especially these promoting cyber crime infused in sounds and lyrics in the Nigerian music industry. What do you sayto that?

Benjamin: I feel like that it is not really about the industry but the environment. We need a conducive environment, which we do not have enough of. If the society is messed up, there is really nothing the industry can do about it. If the government also tries to make the environment more enabling, maybe there would be better chances.

Government can invest in creating more for arts, tourism and culture, such that individuals can benefit from. That would bring people closer to their roots, making it a priority. There should also be a safe environment in aspects of security, infrastructure and all; really a lot will change.

How is song-writing, production and the music process for you both?

Kingsley:  Well, it is both of us in it together. We arrange the music ourselves. Music is a lot of things.

Benjamin: As a musician, you can produce, perform as an artiste, and be a backup and a host of other things possible. So, we produce and perform as brothers asides having a band.

What more do you have on your sleeves for the future?

We want to release more albums and we want to have musical tours. We just released our first album, ROOTS, which was nominated for an award that it won at The Headies.

Kingsley: Everyone should expect something great from The Cavemen

Benjamin: We have a long way to go and a lot to offer. Keep listening to the ROOTS too.

Do you have industry mentors?

We do not have industry mentors, we have friends though, yes, Bez, Falz, Asa.

Monday, 8th March was the International Women’s Day 2021, some students of Toyosi Model College, Basorun, Ibadan, Oyo State, write on their areas of interest in women.

‘She’s one of the most talented singers, songwriters I know’, DJ Cuppy hails sister, Tolani