Nigeria has civilian regime, not democracy—Alafe-Aluko 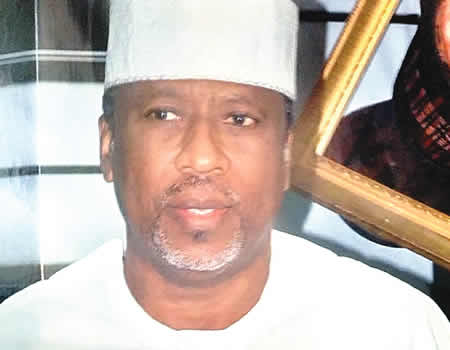 Chief Femi Alafe-Aluko, an economist and former governorship contestant in Osun State, is among Nigerian leaders in the forefront of the strident campaign for restructuring, justice, equity and fairness in the country. He is worried that Nigeria still lags behind when its contemporaries in other parts of the world are now regarded as Asian tigers because of their level of economic transformation and technological breakthroughs. In this interview by KUNLE ODEREMI, he expresses his views on the nation’s electoral process, party system, idiosyncrasies of the political elite, among other issues.

Nigeria has been battling insecurity and issues bordering on the 2019 elections before the COVID-19 pandemic found its way into the country. What do all these portend?

There is this popular saying that nobody plans to fail but people fail to plan. Nigeria is in dire straits and we are at a crossroads. You cannot build something on nothing.  If l were going to answer your question with one word, l will say restructuring. That is the bane of the warped elections we have been having and the cause of some of our current security challenges; too much power is concentrated in Abuja.

Is it not possible to have averted the incursion of the scourge into Nigeria, in the first instance?

It was inevitable that it will infiltrate the country as the world is a global village. The question we should ask is, how prepared was Nigeria for the disease? We were told it originated from Wuhan in China in December 2019. If our borders were closed immediately after the index case, the effects would have been minimised. Nevertheless, we should appreciate Corporate Nigeria for living up to its corporate social responsibility. I must also commend the Lagos state governor for setting the pace on the war against the pandemic. It’s leadership from the front.

Looking beyond Lagos State, do you think the authorities at all levels are  on the right track in the bid to contain the pandemic and how?

l suppose they have realised that COVID-19 is no respecter of creed, class, race, gender, status or colour.  Now that our borders are closed, they can’t dash to Wellington or St Mary’s hospitals in London. Lagos is setting the pace. Oyo State is proactive. Ogun State is also not resting, although much more still needs to be done in the areas of testing, provision of ventilators, sanitizers and public enlightenment, especially with social distancing. We still have 47 (passengers) sitting, 99 standing in our public buses. Also, the grassroots still believe it is a disease for the elite, going by the status of those who have caught the virus. In short, there is still a shortage of facilities to cope with the impending explosion of the virus.

The crisis created by the scourge appears to have overshadowed real governance with elected public officers fulfilling their campaign promises of providing food, shelter, infrastructure, public utilities. Or how do you see the current development?

Health is wealth. This scourge is a wake-up call that more resources have to be allocated to the health sector. Government spending on health was 0.6 per cent as a share of the Gross Domestic Product (GDP) or just $11 per capital; it is grossly underfunded just like the education sector. The reality of the neglect is now staring them in the face. Let’s stay alive and healthy first. I’ll advice all our political leaders to go back to their constituencies and lead the fight against the virus. If it was an election period, we would have seen all sorts of face masks, sanitizers and relevant materials in the fight against Coronavirus. It goes to show that most of our political leaders only pay lip service.

Again, 20 years ago, Nigerians had hoped that with the country returning to civil rule, the pace of economic growth and development was on an upswing climb. But that seems not to be the case, as it has been relatively all motion and no serious movement; our core challenges of economic growth and development, and so on, persist. Do you have a contrary view?

You are right in your assessment of motion without movement. We are operating a militarised constitution; a constitution of the people by the military for the people. We currently have a civilian regime but no democracy. Our votes don’t count most of the time. Quite unfortunate! The courts have taken over the constitutional duties of the Independent National Electoral Commission (INEC). l will rig myself in and you can take me to court. Our electoral process is too monetised. No votes without finance. Power is too concentrated in the centre. Only Lagos State and maybe, Rivers State can stand on their own without going cap-in-hand to Abuja every month. Until we have a transparent, credible and free electoral process where round pegs will be put in round holes, we will continue to grope in darkness. Corruption is a bigger killer than Coronavirus. We need strong, stable and permanent institutions manned by strong and honest characters; institutions that will stand the test of time. The amount of money we have realised from oil is not synonymous with the facilities and infrastructure we have on ground. Diversification of the economy is now sounding like a broken record. It is only by word of mouth. We should ask ourselves whether the discovery of oil has been a source of boom or doom. We got independence around the same time as the Asian Tigers. Today, they have left us behind. We cannot move forward without restructuring.

Is anything wrong with the existing political parties and, by extension, the federal structure on ground and why?

Lagos State has 20 local government areas, whereas Kano State, out of which Jigawa State was carved out, has 44 local government areas. Our census figures and number of registered voters have shown us that votes from the North alone can make one the President of Nigeria.ls that the true position of things? Lagos State generates 80 per cent of Value Added Tax (VAT) in the country. All goes to Abuja and redistributed, based on landmass, numbers of local governments and population rather than generation. Our political parties are just a congregation of strange bed fellows with no clear cut ideology or programmes but for the main of wrestling power. I see them as election winning outfits. Politicians jump from one party to another as it suits them with no conscience. Honestly, we don’t need more than two or three ideologically inclined political parties as it obtains in advance democracies. The solution to our warped federal set up is restructuring.

What kind of adjustment will you recommend as the National Assembly moves to amend the 1999 Constitution?

State police is highly recommended. The clamour for Amotekun wouldn’t be this loud if we had state police. Also Valued Added Tax (VAT) should be shared on the basis of generation not on population or land mass. The revenue allocation should be reviewed every five years. When was the last one done?

COVID-19: Why FG needs to rescue its domestic carriers