Nigeria going through a lot of challenges — Prof Suleiman 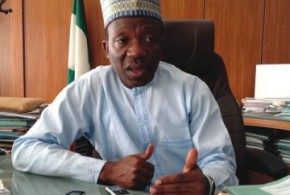 Director-General of National Institute of Legislative and Democratic Studies (NILDS), Prof Abubakar Olanrewaju Suleiman on Wednesday called for synergy between the Executive and Legislature in the bid to address myriads of socio-economic and political challenges facing the country.

He observed that there is a need for all relevant stakeholders to work assiduously towards addressing the challenges, stressing that “if Nigeria thrives, it is the glory of everybody but if otherwise, all of us will be the victims.”

Prof. Suleiman who tasked the participants to exhibit various specialized skills, methodologies and experiences acquired during the two-weeks training, noted that the work of official reporters is very critical to the success of the Legislature at both federal and state levels.

“This country cannot go anywhere in the Legislature fails to do its works. This cannot be done alone because they are not an island without the supporting staff.

“That is where some of you come in, in terms of input and output, if not well reported Nigerians will not know what they are doing,” the NILDS chieftain added.

He explained that the general objective of the course was to equip participants with practical methods and modern tools to report parliamentary operations and proceedings more accurately and comprehensively, just as he expressed optimism that the knowledge acquired will enhance the productivity and quality of legislative work at the State Houses of Assembly.

According to him, the methodology adopted encouraged experience sharing along participants and hands-on training session in the NILDS ultra-modern keyboarding room.

In his remarks, NILDS Director of Training, Dr John Olanrewaju, reiterated the commitment of the Institute towards training new breed of official reporters amidst the phase-out of aged officials.

“NILDS has collaboration with the National Assembly to train the staff on various facets of their areas of need. One of the areas of need is the official reporting. Firstly we observed that there are declining importance of official reporters. There are a number of official reporters retiring than the new ones and people are not coming into the field and it’s a very important area that cover operations and proceedings of the Legislature.

“So what NILDS did was to structure a specific training to address this need by bringing in modern system and tools and integrating it into the traditional way of reporting; so that we can have a comprehensive and effective way of reporting parliamentary proceedings.”

Dr Olanrewaju who observed that hazard reports are important “for future records because some of these proceedings that are done today will form the institutional memories of our country.”