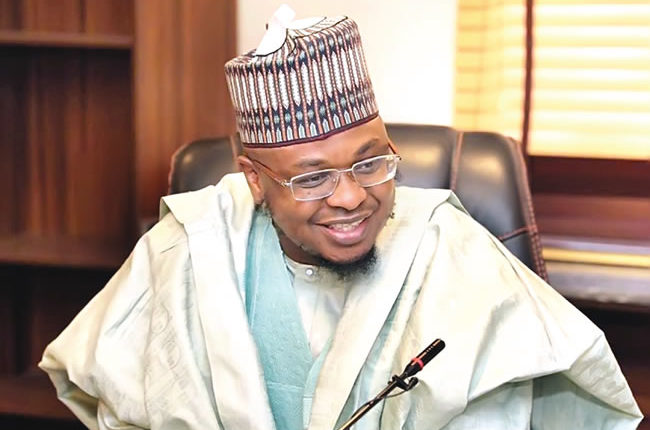 Nigeria Communications and Digital Economy family, has emerged Chairman of the West Africa Telecommunications Regulators Assembly (WATRA) by a consensus of all the parties concerned.

This unanimous decision was reached after several virtual and physical engagements by the Assembly with the Minister, supported by the Executive Vice Chairman (EVC) of the Nigerian Communications Commission (NCC).

This is contained in a statement issued by the Spokesperson to Minister of Communications and Digital Economy, Uwa Suleman.

The statement said Nigeria Communications Act (NCA 2003), by default, bequeaths the power of representation at international fora on the minister as the sector’s supervisor and national policy maker.

Similarly, the nomination of the candidate for the position of the Executive Secretary also met with resounding success as another Nigerian, Engr Aliyu Aboki emerged the winner of a keenly contested election between six countries.

The statement said Engr Aboki’s nomination and endorsement by the Minister was strictly based on merit, considering his proven expertise and skills in the sector.

“These attributes and support from the Federal Government, with the Federal Ministry of Foreign Affairs playing a crucial role ensured Nigeria’s victory at the elections. While The Gambia and Burkina Faso voluntarily stepped down their candidature for Nigeria, the results favoured the Nigerian candidate with the following statistics; Benin 4, Guinea 1, Liberia 2, Nigeria 6.

“The newly elected Executive Secretary Engr Aboki was today Friday, 12th March 2021 presented to the Honourable Minister by the EVC of NCC Prof. Garba Umar Danbatta. Dr Pantami charged him to be fair in his dealings and committed to the assignment and to work hard at being the best Executive Secretary to have occupied the office.

“Undoubtedly, Dr Isa Ali Ibrahim Pantami’s unprecedented strides in Nigeria’s Digital Economy sector as reflected in the current National Gross Domestic Product (GDP) has won the attention and trust of the Regulatory Assembly in the ECOWAS sub-region and beyond.

“The Minister of Communications and Digital Economy Dr Pantami, and the Entire Digital Economy family extends its profound appreciation to President Muhammad Buhari GCFR, the telecommunications sector, WATRA and indeed all individuals and organisations from all over the continent who in no small measure lent their support to the attainment of this landmark success,” the statement added.