Latest NewsCoronavirusTop News
By Tribune Online On May 29, 2020 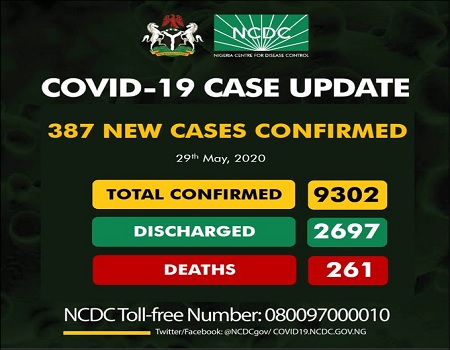 The Nigeria Centre for Disease Control (NCDC), on Friday, announced that the country has recorded 387 new cases of Coronavirus (COVID-19), bringing the total number of infections in Nigeria to 9,302.

The centre also said that the number of fatalities has risen to 261 after recording two new deaths, while 2,697 people have been discharged from the isolation centres after full recovery.