Nigeria, at the brink of collapse —Gbade Ojo 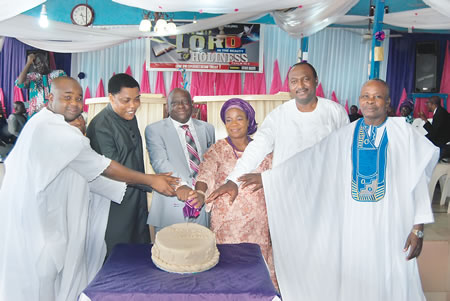 A Chief of Staff in the outgone government of Senator Abiola Ajimobi in Oyo State, Pastor Emmanuel ‘Gbade Ojo, has expressed deep concern on the way the country was being governed.

Ojo stated this at the 20th anniversary of his church, Sanctuary of Christ Evangelical Church, Ibadan, last Sunday, adding that it was only the Federal Government that was making attempt to fight corruption, while the state and local governments remained unconcerned.

According to him, if not for the grace of God, Nigeria would have become a divided nation, just as the Soviet Union did in 1914, the year Nigeria was amalgamated.

He, however, urged the Federal Government to tackle security issues headlong as Nigerians are more divided now, in thoughts and behaviours, than the pre-independence era.

The cleric, who is also a Professor of Political Science, at the University of Ilorin, urged President Muhammadu Buhari to address the issue of kidnapping, killings by Fulani herdsmen and terrorism with upmost priority.

“Armed robbery was the in-thing in Nigeria before now, but the three security threats mentioned above have taken the centre stage now. The Federal Government should watch out as Nigeria is on the brink of collapse.

“Food insecurity is another germane issue. God has blessed Nigeria with abundant seeds and crops to plant on fertile land with good weather, yet there is hunger in the land,” he added.

He noted that unemployment was on the high side, while the federal arrangement was overcentralised.

In his remark at the event, Apostle Sunday Popoola of Word Communication Ministries (WOCOM), commended Pastor Ojo for not soiling his name, while in government.

He added that it was a government, which had the power to eliminate poverty in the society and make quality basic life available to everybody.

Atoyebi calls on Christians to help stem incidence of suicide