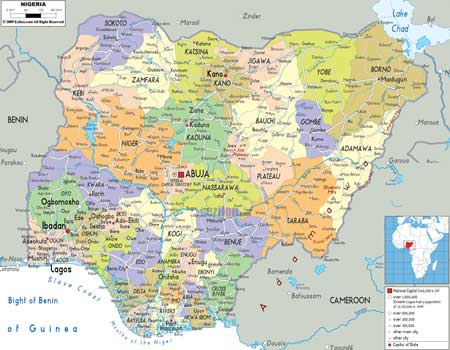 According to the Merchandise Trade Intensity Index/ Re-Export Report Quarter 4, 2016 released by the National Bureau of Statistics (NBS) on Tuesday, trade by sector showed that crude oil exports had the largest share of the total trade, accounting for N2, 425.4 billion or 45.9 per cent.

The second major contributor to total trade by sector was manufactured goods with N1, 167.1 billion or 22.1 per cent of total trade.

NBS explained that export intensity index compares the share of exports to each country in Nigeria’s total exports, with the share of world exports going to that country, and therefore gives a measure of the importance of that country to Nigeria as an export destination.

A higher number denotes a stronger relationship, and an index of one indicates that exports to that country are what would be expected given global trade patterns.

Export intensity in October, November and December 2016 was highest for South Africa with export intensities of 8.9, 7.3 and 4.1 respectively.