Agriculture
By Alphonsus Agborh|Asaba On Dec 15, 2020 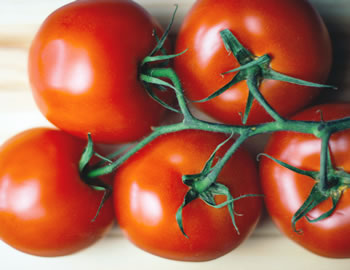 DESPITE Nigeria’s current production of 2.3m metric tonnes of tomato against 1.8m metric tonnes produced  two years ago, the country remains the 13th largest importer of tomato paste in the world.

Speaking  at the training and empowerment program  of over 150 persons from Ndokwa/Ukwani federal constistuency on tomato cultivation and telefairia (Ugwu) production held at Kwale, Delta State, Dr Olaniyan further  revealed that Nigeria  still remain the 14th largest producer of tomato in the world and second in Africa.

The training was a collaboration between the institute and the Ndokwa/Ukwani federal constistuency representative at the lower chamber of the national assembly, Hon. (Dr.) Ossai N. Ossai.

According to the executive director who was represented by Dr. Ephraim Nwanguma, a director in the institute, inadequate logistics for storage and processing of the produce have contributed to high post harvest losses experienced in the commodity value chain which he said, made tomato to be very expensive during some months of the year.

To alleviate the menace, the NIHORT boss said there was the need to process tomato in order to reduce seasonal glut and inconsistent year round supply adding that processing the produce would go a long way in reducing the quantities of tomotoes imported into the country most especially during the lean seasonal supply and improve potentials in the county.

On Ugwu ( pumpkin leaves), he said: “Telefairia is an important leaf and seed vegetables and  of great economic importance. The  leaf is of high nutritional, industrial and medicinal values rich In protein, fat, minerals and vitamins. There is a high prospect of the  production of Teleferain and marketing within and outside Nigeria.

“The seeds  are high in essential amino acid and can be compared with soya beans. The higly oil content of the seeds, makes it a potential source as raw matterial for vegetable oil industries”.

He implored  the participants at the training to make the best use of the golden opportunity to improve themselves economically.

Addressing the participants, Chairman, NIHORT governing board, Major Gen. Mohammed Garba (retd) explained that the two commodities  were capable of impacting positively on the nation’s economic development adding that  the training was therefore considered as part of the holistic action and activities in the nation drive in economic growth by providing the  teeming unemployed youth, men and women with skills to become self reliant.

“As our nation strives in its growth economically, capacity building becomes necessary to equip our citizens in general with skills and conpetences necessary in horticultural value chains of various crops that will ensure sustainable national development, improve individuals in and economic empowerment”.

In his remark, the member representing Ndokwa/Ukwani federal constistuency in the state, Dr. Ossai, stressed  the dire need for  youths in the area to be self reliant using the various training and empowerment programs that have been initiated to change themselves Into employers of labour.

Represented by a community and political leader, Mr Osaka Ossai, the house of representatives member commended NIHORT for the wonderful knowledge  it had imported to youts in the area through various horticultural trainings.

Some of the participants including Mr Jude Omenogor from  Ndokwa west council area expressed appreciation to the initiators of the program which they reasoned is  sure to change their world.

Why TELA maize will make a difference in Nigeria

The fire in Buhari’s Osanyin shrine