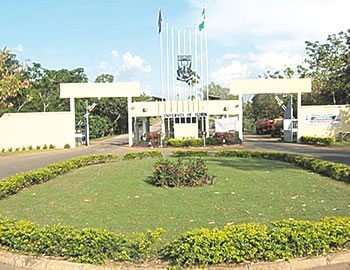 A Professor of Science Education at the University of Ilorin, Adekunle Solomon Olorundare, has called on the Federal Government to urgently check the growing number of out-of-school children in the country, lamenting that over 10 million school-age Nigerian kids do not have access to functional early childhood care and education.

Prof Olorundare made the call in his keynote address at the Annual Conference of the Early Childhood Association of Nigeria, ECAN, in Ilorin on Tuesday.

In the address, titled “Repositioning Early Childhood Education in Nigeria for Global Competitiveness: A Peek into Global Best Practice,” Prof Olorundare said, “While enrolment at primary school has increased in the recent years, with a net attendance placed at 70 per cent, Nigeria is reported to have the world’s highest number of out-of-school children, conservatively put at 10.5 million.”

Noting that even though the government policy on early childhood education and care is laudable, the Keynote Address Speaker submitted that its actualisation and implementation are poorly harnessed.

He suggested that Early Childhood Education (ECE) must be considered as part of the child’s right as contained in the Universal Declaration of Human Rights and the Convention on the Rights of the Child.

In addition, the former Dean of the Faculty of Education stressed that ECE provides a sound basis for learning and further helps to develop skills, knowledge, personal competence and confidence and a sense of social responsibility.

According to him, “Every child, including children from deprived socioeconomic backgrounds and other disadvantaged groups, should have access to early education services of good quality. Nigerian children cannot and must not be denied the benefits of this fundamental right.”

Prof Olorundare recommended that government must initiate mechanisms to regulate and control private establishments and operation of pre-primary education in the country.

He said, “While the Federal Ministry of Education will spend N205.8 million to purchase three exotic Toyota Jeeps LC V8 2016 models at the rate of N68.6 million each, it will spend just N7.2 million for all the activities to improve early childhood education of about 30 million children who are five years old and below.”

Prof Olorundare called for increased funding while advising the government to go beyond formulating policies and granting licenses to private operators and move to effective monitoring and supervision of their activities in order to achieve the aims of early childhood care development and education (ECCDE).

Earlier in her welcome address, the President of ECAN, Prof (Mrs) F. A. Osanyin, noted that today’s children are the workforce of tomorrow, adding that a weak foundation for these automatically means an uncertain and shaky future for the society.

Prof Osanyin warned that the gross neglect, inadequate recognition, investment and attention to children in the early years would result in children who would probably fail to reach their academic, socio-emotional and health potentials.

“Such children,” according to her, “may, therefore, pose challenges and become liabilities to society; have a high probability of involvement in crime and other forms of socially deviant behaviour.”

Prof Osanyin maintained that access to early childhood development has significant consequences for eradicating global poverty and achieving sustainable development and indeed the goals as enumerated in MDGs.

While declaring the conference open, the Vice-Chancellor of the University of Ilorin, Prof AbdulGaniyu Ambali (OON), appreciated the Association for choosing to hold the international conference at the University.

Prof Ambali, who was represented on the occasion by the Deputy Vice-Chancellor (Academic) Prof. (Mrs) N. Y. S. Ijaiya, underscored the importance of character and learning in childhood education, frowning at the situation where there is over emphasis on learning above character.

The Vice-Chancellor advised that television and computer should not be allowed to mold the character of children, calling on parents and care givers to be involved in the development of children from an early age.