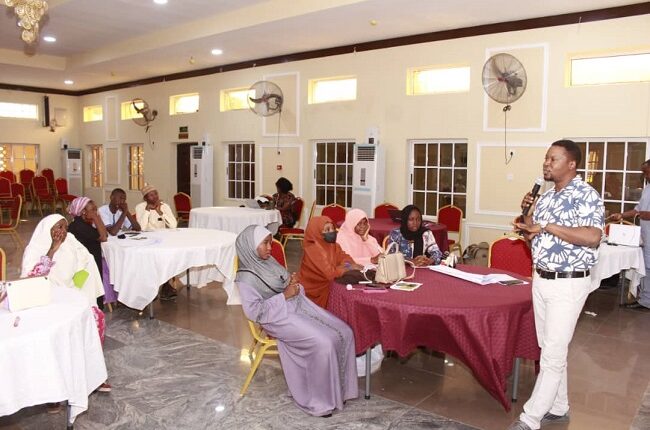 Niger State Ministry of Youth and Sports Development has announced the approval of a grant of N10 million to student entrepreneurship activities -Hub Alumni Network (SHAN) Niger State chapter with the view to assist them develop their already existing businesses/entrepreneurial activities.

Nigerian Tribune gathered that this is also in order for the young entrepreneurs to be self-reliant, employers of labour, rather than become white-collar job seekers.

Making the announcement on behalf of the state government was the Permanent Secretary, Niger State Ministry of Youth and Sports Development, Dr. Jonathan Wasa, at the weekend in an interview with the newsmen at the weekend in Minna.

Dr. Wasa stated this during the commemoration inauguration of SEA Hub Alumni by officials of the German Technical Corporation GIZ, led by Mr. Babafemi Oyediran.

The permanent secretary who expressed appreciation to the German Technical corporation GIZ, added that the organization had engaged some secondary school students in the state to learn different trades/handiworks in order to enable them to become entrepreneurs shortly after their graduation from secondary school in the state.

He pointed out that this was the reason why the ministry of youth and sports development being part of the technical advisory group to SHAN has decided to set aside the sum of N10million to assist their businesses.

He expressed confidence in the young entrepreneurs not to squander the resources and noted that, if used judiciously, the money can be upscaled by subsequent budgets of the ministry in conjunction with the counterpart, state ministry of education.

Speaking in an interview, Head of Enterprises Promotion and Development, Niger State Small and Medium Enterprises and Micro Finance Agency, Malam Madaki Abdullahi, said the agency has provided access to 200 beneficiaries of SHAN under the World Bank NG-CARES Programme in order to add value to what they are doing.

Also, speaking with a representative of GIZ, Mr. Babafemi Oyediran said the SEA-Hub Alumni engagement and inauguration workshop activity is the official kick-off of SHAN Activities in Niger State.

He said the day is also meant to officially host the launch of a state-based SEA Hub stakeholders Technical Advisory Group, SEA-Hub TAG in Niger State.

Babafemi further explained that the TAG is made up of relevant organisations from public and private sectors who will serve as mentors, business development support training and coaching advisors to the group.

Meanwhile, the president of the newly inaugurated excos, Malam Zairo Bello Mohammed, expressed appreciation to GIZ for the opportunity given to them which has enabled him become the CEO of Zairo Global investment in Suleja, Suleja Local Government Area of the State where he was sewing all kinds of designer bags.

Zairo, in a brief interview with the newsmen said he was a former student of Government Model Science College Suleja and former Managing Director of the School’s SEA Hub: students Enterprenuership activities Hub.