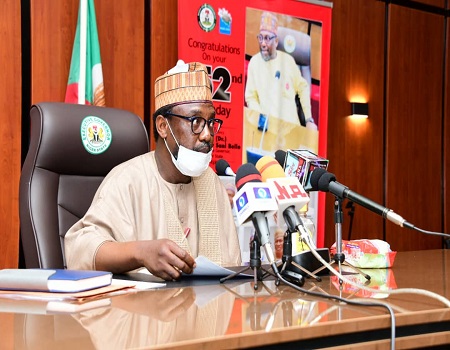 The Niger State government on Thursday said that it would support the Smallholder Women Farmers Organisation of Nigeria (SWOFON) in the state with inputs and implements for 2020 farming season.

Alhaji Ahmed Matane, Secretary to the state government, stated this while answering questions from agriculture correspondents in Minna.

“The focus of the Niger State government this year is to mobilise women farmer groups.

“Any women group into agriculture will be supported to get the available inputs and implements to engage in farming activities,” Matane said.

He said that in order to realise food security of the state and the nation, there was a need to carry the women farmers along.

“The Niger State government realised that if you empower women they will be able to provide food for their households, the state and the country at large,” Matane said.

Mrs Mary Hamzaranda, the state Coordinator SWOFON told NAN that COVID-19, insecurity, inadequate funding and lack of government support were some of the challenges facing women farmers in the state.

NAN reports that SWOFON, with over 10,228 registered members in the state, is a coalition of women farmer groups across Nigeria, representing over 500,000 grassroots women farmers.

It will be recalled that in order to tackle the challenges of all categories of farmers in Niger, the state government on June 4 inaugurated the 2020 farming season.

The government also provided subsidies for essential farming inputs to all farmers in the state including women farmers.