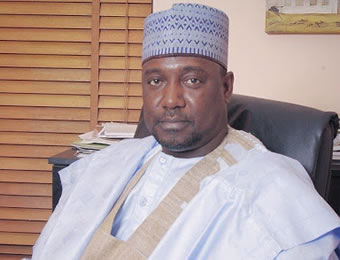 GOVERNOR Abubakar Sani- Bello of Niger State, was, on Thursday, attacked by some youths over alleged non-performance and constant travels outside the country on the claim of inviting foreign investors to in the state.

In a demonstration of their anger against the governor’s leadership style, the youth from Bida Local Government Area of the state,  in their hundreds, did not only pelt his convoy with stones and other dangerous items, they also  chanted some uncomplimentary choruses of ‘ba mu so’ meaning:  “ we don’t want,”  against him.

Governor Sani-Bello,  who got more than he bargained for from the protesting  youths, was on  a visit to the late Etsu Musa’ s market, scene of last week Thursday’s fire incident in  Bida, the ancient Nupe Kingdom for a condolence visit and for an on-the-spot assessment of the damage caused by the fire incident when the youths attacked his convoy.

Saturday Tribune observed that as soon as the scores of youths got wind of his visit to the market on Thursday,  they mobilised themselves and laid siege on the burnt market where about 1,500 shops as well as stores were razed last week, while  goods estimated at almost N1 billion were completely destroyed by fire.

And no sooner had they sighted the governor and the cars on his convoy that the youth chanted hate choruses at the governor, shouting “Abu Lolo, So Daya, “ meaning,  “Governor Sani Bello, One Chance or  One Term for Lolo.”

It however took a quick intervention of the mobile policrmen on the escort  of the governor to forcefully disperse the youth with shots of canisters of tear gas as they fled in different directions.

However, efforts by Saturday Tribune to get the official  reaction of Malam Jibrin Baba Ndace, the Chief Press Secretary to the governor,  on the incident, proved abortive as he did  not pick the several calls to his telephone, just as he did not reply the text message sent to him.

Only serving female president in Africa, Ameenah Gurib-Fakim to resign over financial scandal