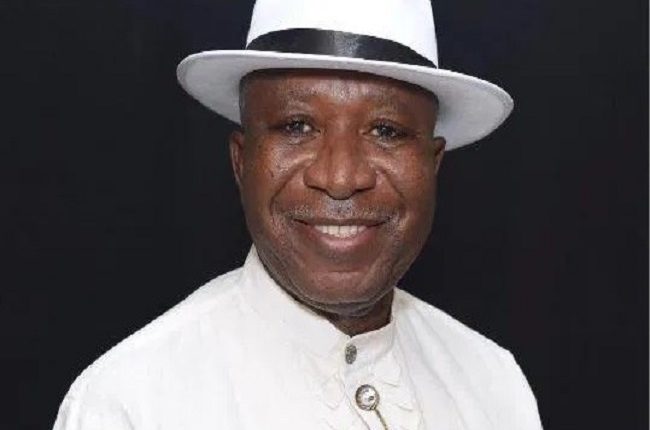 The interim Coordinator of the Niger Delta Amnesty Programme, Col. Milland Dikio (retd) met with President Muhammadu Buhari at the presidential villa, Abuja on Friday revealing afterwards that the Programme is owing contractors over N71.4 billion.

Speaking to State House correspondents after the meeting, he said the Programme, which was meant to train and rehabilitate ex-agitators, has been derailed from its original focus by endemic corruption.

He recalled that it was set up by late President Umaru Musa Yar’Adua to last for a few years within which militants would be disarmed, demobilized and reintegrated into civil society.

The Coordinator added: “However, immediately after the disarmament phase, challenges including endemic corruption cropped in and derailed the programme.

“Lack of enough funds and corruption were blamed for impeding the effective operationalization of the programme.”

He further stated: “Regrettably, the Programme has now been running for 11 years without the desired benefits delivered to the ex-agitators.

“Rather, the ex-agitator database was dishonestly corrupted, and several contracts were awarded in total disregard of need and procurement processes.

“Consequently, the programme is currently owing contractors the sum of N71,411,646,210.68. This informed Mr President’s decision to overhaul the Programme aimed at ensuring that the dividends of the Amnesty Programme reach its original target beneficiaries.”

Dikio affirmed that the ultimate success of the Amnesty programme lies in its ability to move ex-agitators from their previous lifestyles to sustainable livelihoods, as peaceful members of their communities and net contributors to the economy.

According to him, “this is why the programme of the package designed to address the development and security issues in the part of a region.”

While noting that not much progress has been made in the demobilization and reintegration, he averred that the Programme is not sustainable in its current form.

Continuing, he said: “Reports have shown that not much progress has been recorded in some aspects of the demobilization and reintegration components of the programme. To address this, the need to focus on education and vocational training in ways that the benefits are channelled through a transparent, accountable, corrupt-free and institutionalized process is imperative.

“The programme as currently structured is not sustainable and cannot deliver the desired long-term benefit to the region and the country.

“Consistent with the Strategic Objectives of the Federal Government, the vision of the Administrator is to refocus the Amnesty Programme to its original mandate of development and security of the Niger Delta Region.”

Also speaking, the National Security Adviser (NSA), Major General Babagana Munguno (retd), said even though the Programme was set up to redress observed problems facing Niger Delta arising from ecology and security, among others, it has been subsumed in unrelated issues it not intended.

Mumguno said: “The predatory instincts of certain individuals came into the fore and the programme was turned upside down and as a result of this like the administrator has just said, there was a lot of corruption, waste, the mismanagement within this period, N712 billion was wasted basically unaccounted for and this is due to so many issues- corruption being at the fore.

“Now we realized that if the focus of the people who are supposed to drive this programme is to capsize the programme by allowing their own personal interest to come in, then we are all going to be in trouble because if the Niger Delta is in trouble and consequently it will extend to the rest of the federation.

“Therefore, I had to take this step to advise Mr President that this waste cannot go on, this programme is not supposed to be an open-ended programme, there is no place on the surface of this earth where programmes that are supposed to be palliatory will continue forever, at the end of the day becoming a big problem and entanglement for the government.

“Therefore we decided to take immediate action by bringing in someone who can take a deep look at these programmes, what resulted to it being flawed, a person with vast experience and we all know the experience of Col Dikio in this type of issue.”