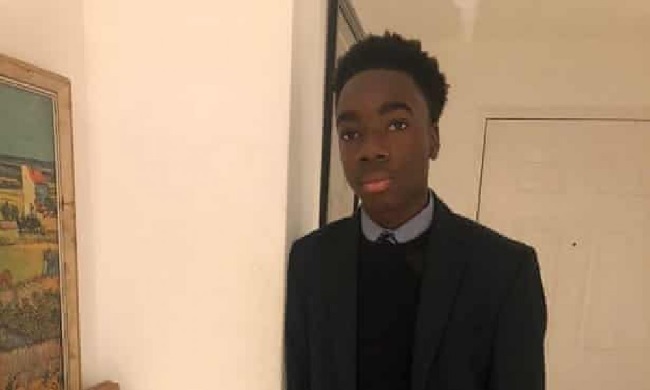 The Chairman/CEO, Nigerians in Diaspora Commission (NIDCOM), Hon Abike Dabiri-Erewa, has described the death of 19- year-old Richard Okorogheye in London as very sad and painful.

This was contained in a statement signed by the Head of Media And Public Relations, Abdur-Rahman Balogun, on Thursday, in Abuja.

In a condolence message, Dabiri-Erewa said the circumstances of Richard’s sudden disappearance and eventual death was very disturbing and heartbreaking.

Dabiri-Erewa consoled with Richard’s parents, family and friends and prayed unto God to grant Richard eternal rest and console the family in the best form.

“Richard Okorogheye, who had been declared missing since March 22, was found dead by Police authorities in the UK on Wednesday in a pond in Essex.

“The 19-year-old, who had sickle cell disease, had not been seen by his family since March 22,” the statement reads.

At about 25 minutes, the train slowed down at the uncompleted Omi-Adio terminal, a village on the Abeokuta/Ibadan expressway; it’s a stone throw from Apata in Ibadan. Conveyance of passengers from there and other terminals has not kickstarted as the terminals are still under construction and workers were found there…NIDCOM condoles with family of 19-year-old Nigerian found dead in Britain

“Please do not talk to my father. He is yet to come to terms with the death of his son. It is a most tragic experience. How does one quantify the loss of a dear brother? My brother was killed like an animal by two herdsmen. His offence was that he asked them to drive their cows off his already cultivated farmland,” Bisi Olaosepin, whose brother was hacked to death, struggled to hold back his tears as he relayed to Sunday Tribune the horrible experience that culminated in the passage of his brother…NIDCOM condoles with family of 19-year-old Nigerian found dead in Britain