NHRC SARS panel insists Abba Kyari, one other officer must appear before it 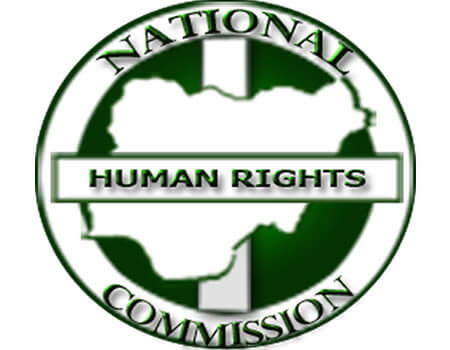 The independent investigative panel on right violations by the defunct Special Anti-Robbery Squad (SARS) and other police units set up by the National Human Rights Commission (NHRC), on Friday, insisted that Commander of Inspector General Police Intelligence Response Team (IGP-IRT), DCP Abba Kyari, and one other officer must appear before it.

The chairman of the 11-man panel, Justice Suleiman Galadima (retd), made this known at the resumed hearing of a petition filed by Raphael Tersoo Toona and Moses Mfe, through their counsel Mike Utsaha, alleging arbitrary arrest and detention, cruel, inhuman and degrading treatment.

Respondents in the petition are one Inspector Vincent Makinde of the IGP-IRT; Kyari, the Federal Capital Territory (FCT) Commissioner of Police and the IGP.

The panel’s insistence on the appearance of the two officers followed their failure to appear before it on Friday to answer to allegations of human rights violation and possibly a case of extrajudicial killing, which made Justice Galadima (retd) declared that all orders were given at the last hearing of the petition for the appearance of Inspector Makinde and Kyari still subsisted.

The chairman then adjourned further hearing of the petition till Tuesday, March 23 for both Kyari and Makinde to appear before the panel.

The panel had on December 14, 2020, when the petition was first heard ordered the two officers to appear before it on December 18 to defend allegations made against them by counsel for the petitioners.

Utsaha had told the panel that both Toona and Mfe were arrested on November 22, 2019, at new GRA Makurdi, Benue State, adding that they were transferred to Abuja after spending a week at the police zonal command headquarters in Makurdi and have since been in detention.

He lamented that since their arrest, none of them had been arraigned before any court of law, alleging that they have even remanded at the Suleja Correctional facility without any order of the court to that effect.

According to Utsaha, all attempts made to secure their release through bail were denied by Inspector Makinde, who he (Utsaha) alleged insisted that the sum of N1million had to be paid before they could be granted bail.

He then expressed fears that the second petitioner, Mfe, might have been extrajudicially killed, informing the panel that he was reliably informed that in the course of Mfe’s arrest he was shot and was not allowed access to any form of medical attention.

After Utsaha’s explanation, Justice Galadima directed the head of police legal team at the panel, CSP James Idachaba, to ensure that both Kyari and Makinde appear before the panel to answer to allegations against them, explain how the petitioners ended at the Suleja Correctional facility as well as produce the petitioners at the next adjourned date.

When the petition came up again on December 17, 2020, both police officers failed to appear before the panel and also did not produce the petitioners as directed three days earlier.

This got the member of the panel angry, prompting Justice Galadima (retd) to stand down proceedings in the petition and ordered the police liaison officer to the panel, Cosmas Anyanwu, to bring the petitioners before the panel within two hours.

When the panel called the petition after the two hours given, Anyanwu produced Toona, alleging that Mfe fell sick during investigations and was rushed to the University of Abuja Teaching Hospital, Gwagwalada, where he allegedly died.

Following Utsaha’s application that Toona is either released conditionally or unconditionally pending the hearing of the petition, the chairman ordered the police to arraign the first petitioner on or before December 23, 2020, before a Benue State High Court.

Justice Galadima had ordered that “The first complaint should be taken to Benue State to be arraigned before a court of competent jurisdiction on or before December 23, 2020, where his bail should be considered, considering the fact that he has been in detention for more than a year.”

He then adjourned the petition till March 2. However, both Kyari and Makinde did not appear before the panel that day.