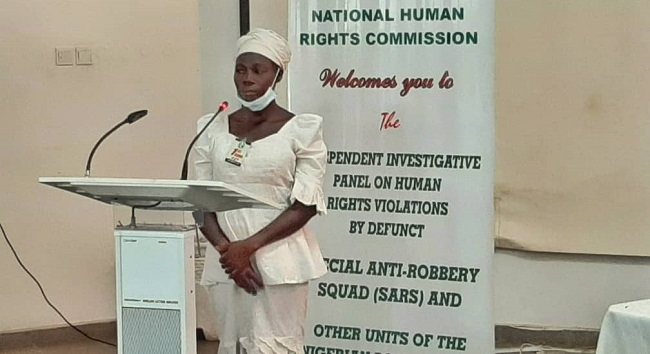 As it resumed its sitting after about seven months break, the National Human Rights Commission (NHRC)’s an independent investigative panel on violations by the defunct SARS and other police units on Monday ordered that an independent doctor should be brought to conduct DNA on a boy in dispute to ascertain his biological mother.

The chairman of the 11-man panel, Justice Suleiman Galadima (retd), gave the order at the resumed hearing of the case of alleged abduction and enforced disappearance of a boy field by one Esther Tanko, who alleged in her petition, marked 2020/IIP-SARS/ABJ/66, that her three-year-old son Elijah Tanko, was abducted and forced to disappear from her.

She had on November 17, 2020, pleaded with the panel to order that her son should be returned to her, as according to her the police had denied her having the child back.

Respondents in the petition are the Investigation Police Officer (IPO), Desmond Abela; defunct SARS, FCT; FCT Commissioner of Police and the Inspector-General of Police.

On March 2, when the petition was heard last, the Chief Pathologist at the Asokoro District Hospital, Abuja, Dr Kelvin Nwabueze Ezike, while analysing the result of the DNA he conducted on the boy and five women laying claims to him, told the panel that the result showed that Tanko was not the biological mother of the disputed boy, who was recovered by the police from alleged child traffickers.

While saying that the integrity of the test was at 99.9 per cent, declaring that, “the chances of getting another perfect match is next to zero,” Ezike said he expected that the police would match the DNA test results with their own findings.

However, at its Monday sitting, Justice Galadima (retd) ordered that an independent pathologist be contacted to conduct fresh DNA on the boy and the women claiming him in order to determine the biological mother.

Meanwhile, a Deputy Director in the Corporate Affairs and External Linkages Department of the National Human Rights Commission (NHRC), Fatimah Agwai-Mohammed, informed that the panel went on a long break due to some logistics challenges.

According to her, the panel had within the first four months of sitting concluded 55 complaints, while 75 were in progress in different stages.

She disclosed that 33 petitions were ready for the payment of compensations, including other legal and administrative remedies in accordance with the relevant laws.

“So far the panel has brought hope to families, survivors and victims of human rights violations by the police given the fact that justice has already been served in a number of cases, thus rekindling people’s hope that the government indeed has not abandoned their constitutional responsibility of ensuring a safe and secure environment that will enable the protection and enforcement of human rights by the NHRC and other relevant agencies of government, including the police,” she stated.