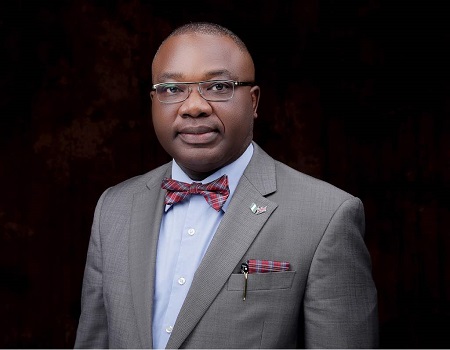 The Executive Secretary of the National Human Rights Commission (NHRC), Tony Ojukwu has expressed concern over the spate of maltreatments meted out to minors and other categories of vulnerable persons by some members of the society, including their relations who are supposed protect and offer them care and support.

The Executive Secretary, while expressing the concern of the Commission in Abuja over the alleged “cruel inhuman and degrading treatment unleashed on a motherless boy, Jibril by his father in Badariya community in Birnin Kebbi, Kebbi State”, said the act is highly condemnable in all ramifications.

He said the victim was allegedly tied to a stake by his father in his compound, fed by goat dung by his three wives for two years on the premise that the child had a mental problem: an excuse the Commission dismissed as being untenable and baseless.

Ojukwu said the NHRC Coordinator in the state, Barr. Hamza Wala responded promptly having received a report from neighbours about the inhuman treatment meted out to the child.

The minor according to Ojukwu is now in safe hands as he is presently receiving medical attention while the alleged violator and his wives are being currently investigated for further prosecution by Kebbi State Police Command. The matter has also attracted the attention of Kebbi state government.

The human rights Boss recalled an incident where a father in Okigwe, Imo state chained his children, hit them with a hammer and used salt and pepper to rub on their bleeding wounds.

“The prompt intervention of the Commission at that time paid-off because relevant government agencies including the Police got involved in addressing the matter” and added that torture and other cruel, inhuman and degrading treatment contravene relevant sections of the Nigerian Constitution, Child’s Rights Act 2003 as well as other relevant regional and international treaties to which Nigeria is a signatory.

The visibly angry Ojukwu, according to a statement Assistant Director Corporate Affairs and External Linkages Department, NHRC, Fatima Agwai Mohammed said such cases cannot be swept under the carpet given the grave human rights challenges they pose not only to the victims but to the society at large.

The Commission called on parents, guardians and other categories of CareGivers to mainstream human rights norms and principles while taking care of their children, wards or persons under their care.

He called on states who have not domesticated the Child’s Rights Act to do so in order to protect and save the Nigerian child from such horror.