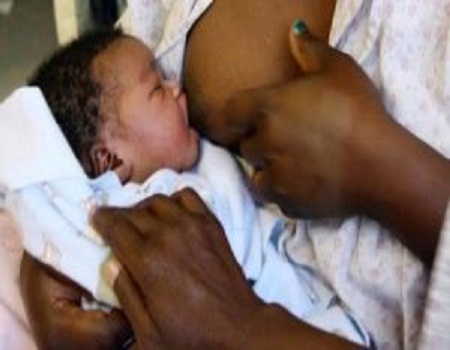 Aiyedun explained that the organisation has commenced a project called STRAP MAN project, an intervention which stands for sustaining, teaching, advocacy, research for breastfeeding practices and maternal nutrition.

“This is the first intervention we are embarking on since its inception about two years, with an intention to make FCT a model for breastfeeding that would spur other states to emulate.

“We know that when nutrition is gotten right especially among newborn and under-five then basically more than 50 per cent of disease burden would be taken away.

Aiyedun said as an organisation which is health-focused, they have realised that there are gaps between the health clinician, health institutions, the communities and available policies.

Aiyedun said that there are also colleges of nursing and midwifery which produces more than 100 nurses, midwives and healthcare professionals are situated in the FCT area councils.

She further added that the FCT, where lawmakers, ministers, senators are all based was yet to promote optimally early initiation of breastfeeding and exclusive breastfeeding for children.

“However the FCT government is looking at extending it to 100 per cent in the next two years with zero water campaign.

“In collaboration to that, the STRAPMAN project would help strengthen health facilities by building the capacity of healthcare professionals, and students of health institutions,’’ she said.

Aiyedun said the project was also aimed at ensuring health facilities promote, support and protect the nutritional value of the mothers and children as well as developing the right attitude and interpersonal communication.

She said the capacity building would equip health professionals and the students with the knowledge and skills to support early initiation of breastfeeding within the first 30 minutes to one hour after delivery.

Also ensuring job aids such as maniques, mama breast, are available for demonstration during training as well as counselling rooms and breast examination done during anti-natal clinics.

Aiyedun, however, stated that if these gaps are bridged, FCT would be a model for breastfeeding in the country and would go a long way in promoting nutrition for under five.

I’m not positioning my son as Awujale’s successor ― Balogun

NGO to provide free medical service for 5000 people in Ondo