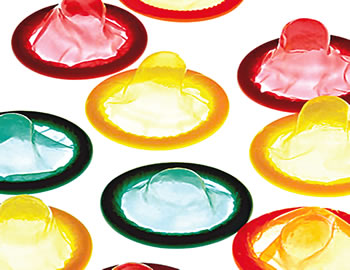 AIDS Healthcare Foundation (AHF), an NGO, on Monday disclosed it tested no fewer than one million people and distributed 1.6 million condoms in the country in 2016.

Ms Kemi Gbadamosi, Senior Manager Public Relation and Communications AHF disclosed this in an interview with the News Agency of Nigeria (NAN) in Abuja.

The effort he said ensured people in rural and urban communities to have access to free HIV services, regardless of ability to pay.

“HIV testing campaign is part of the organisation’s robust prevention activities for the year under review and a strategic tool in ensuring that more Nigerians know their HIV status.

“Hitting a mile stone of testing one million people is a great achievement for us in AHF.

“The 1.6 million condoms distributed was to ensure the consistent and correct use of condoms, to prevent sexually transmitted diseases and unwanted pregnancies,’’ she said.

Gbadamosi said, AHF was the largest global AIDs organisation, currently providing medical care and services to no fewer than 690,000 individuals in 38 countries worldwide.

She also said the foundation supported over 30 clinics in six states of the country, with a total enrolment of 11,500 patients on treatment.

“In all our clinics, we thrive to lead by example, offering integrated and comprehensive services to HIV positive patients without discrimination and within the shortest waiting times.

She said the foundation had unveiled two newly constructed facilities in Benue in partnership with the state’s Ministry of Health and Benue State AIDS Control Agency (BENSACA) in February.

She said the foundation expanded one clinic facility to 26 facilities in Benue with several renovations in five states in the country in order to accommodate the number of growing patients.

Gbadamosi said the newly constructed facilities would accommodate and care for no fewer than 11,000 clients in Benue State with life saving medication.

HPV vaccination not guarantee for immunity against virus ―Expert