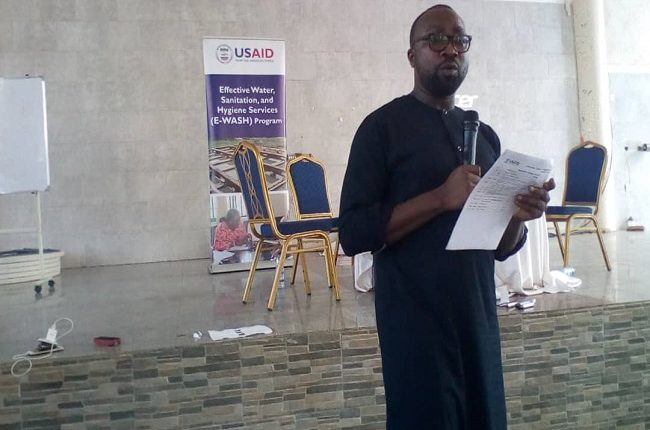 The Taraba Youth Progressives Association (TYPA), a non-governmental organization funded by USAID, through Effective water supply sanitation and hygiene has on Saturday held a community development and sensitization program for citizens of the state.

This is aimed at creating awareness on citizens participation in the budget processes and community development plan.

He said communities were underdeveloped due to lack of citizens participation in the budget process and community development plan as abandoned community projects were not probed for possible completion.

“It is your duty to ensure that community abandoned projects are completed and they are not diverted for private use, the beneficiary ownership can be identified through the Corporate Affairs Commission (CAC) if there is any suspicion in a diverted community project.

“Your duty is to submit projects proposals to your local government projects officer and ensure they get to the supposed Authority.

“Projects plans most be justify morally and most be a centralise project that would impact the masses.

“You most ensure inclusion of the vulnerable ones where women, youths and the disable are being excluded in the budget plan,” Gimba explained.

Mr Justin Agbu, a participant in the program thanked TYPA for organizing the sensitization workshop for communities to know their step for development.

CBN Pegs Exchange Rate At 386/$
Central Bank of Nigeria (CBN) has pegged naira exchange rate at 386 units to the United States dollar as it plans to resume weekly forex sales to Bureau de Change operators from August 31. In a circular signed by O.S. Nnaji, director of trade and exchange department, the apex bank said its decision to resume FX sales to BDCs is to enhance accessibility to forex “particularly to travellers” since the resumption date for international…NGO educates Taraba residents  NGO educates Taraba residents

Blasphemy: I Will Not Hesitate To Sign Death Warrant If Yahya Sharif Fails To Appeal, Says Ganduje
Kano State governor, Abdullahi Umar Ganduje, has said he would not hesitate to sign the death warrant passed on Kano-based singer, Yahya Aminu Sharif if he fails to appeal the judgment. This was just as governor Ganduje said the state government has accepted the judgement passed on Sharif and is ready to abide by it. However, the Nigerian constitution gives the right of appeal to Shariff…NGO educates Taraba residents  NGO educates Taraba residents

Edo 2020: State collation centre will be ready before Sept 15 ― INEC