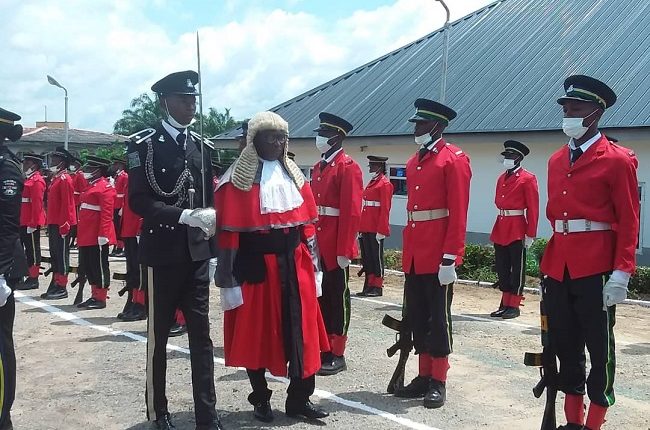 The Oyo State Government has stated that the state judiciary will be getting unprecedented capital budget inflow in the 2022 budget that is currently being processed by the House of Assembly, adding that an additional N6 billion for project funding has been included in the budget.

The Oyo State Governor, Engr Seyi Makinde made this known on Thursday during the New Legal Year Service of the state judiciary at the Cathedral of Saint James the Great, Oke Bola in Ibadan.

The governor represented by the Secretary to the State Government, Mrs Olubamiwo Adeosun, added his administration has approved and started implementing welfare packages for judges- both serving and retired through the revised pension and gratuity and they have secured the approval for appointment of five judicial officers, two of whom are for the High Court while one is for the Customary Court Of Appeal.

She added that “they all came through process of meritorious examination and interviews supervised by the Judicial Service Commission of Oyo State. Let me reiterate that the process will not only be sustained but has come to stay. We have shown that every qualified person of Oyo State origin can aspire to the highest position in the judiciary while also maintaining the independence of the judiciary

In his speech, the Chief Judge of Oyo State, Justice Munta L. Abimbola said the public should expect speedy administration of justice because the Moniya Judicial Division will be in operation while some other practice directions in relation to the Administration Of Criminal Justice Law will be activated, adding that the judiciary intends to set up a correctional centre where child justice system would be pursued.

He who stated that the purpose of the new legal year to allow for reinvigoration in the spirit of the justice system, explained that “we already have four judges on ground, they would be sworn-in soonest and we also have the permission of the NJC and the governor, to appoint six more, so there would be enough judges on ground.

“Oyo State has very large cases in court but we are trying to cope naturally, if the workload is too much, one would be overwhelmed but we just take it as a judicial challenge and we are facing it squarely. I have the number of cases in each court on my table, we reshuffle, we collect files where we have lots of case files and put it where there is less. We are moving on in spite of the challenges. The total number of cases are up to 5000 but almost about 3000 were disposed off.

The Bishop of Ibadan Diocese, Anglican Communion, Most Reverend Joseph Akinfenwa, in his sermon said while the judiciary is described as the last hope of the common man, if “we are going to keep hope alive for a better Nigeria, that hope should be hinged principally upon the performance and integrity of the judiciary.”

He stated that the judiciary needs to assert itself as an independent arm of governance in Nigeria because the executive arm is always trying to manipulate the judiciary to achieve its own aim.

“The judiciary exists for the good of the entire nation even if that good does not suit the whims and caprices of the government, you must exist for the sake of the entire nation. We must ask for wisdom to be able to navigate the intricate terrains of our judicial system; the prayer for wisdom should be an unending prayer of any judge because our politicians have succeeded in bringing 2023 closer to us. In the buildup tp 2023, our judiciary needs plenty of divine wisdom because legal traps are being set up here and there and in many cases, politicians will be seeking legal validation for their evil machinations and schemes, the onus will be on the judiciary to stand up and rise above the schemes and devices of politicians,” Bishop Akinfenwa stated.

Military intervention not enough to solve Nigeria’s security challenges ― US…