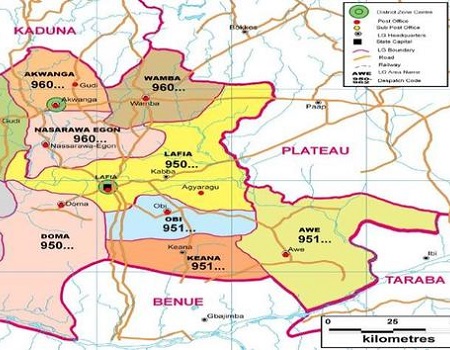 The 17th Emir of Lafia, in Nasarawa State, Justice Dauda Sidi Bage, has on Friday 5th enters the palace in Lafia the state capital.

He first arrived Shabu town in Lafia North, where member of the state traditional councils received him. He later entered the Emir palace at about 2:30pm where he finally received by members of the emirate council.

The event attracted thousands residents colourfully dressed in different attires, singing, dancing resounding gun shot on air in line with the rich cultural display of the kanuri tribes in honour of the new Emir.

Addressing his subjects, Justice Bage described the day as moment of thanksgiving to the people of the the state in particular the state government who helped in the process.

According to him, “this is to say thank you and pledge before you that I am in this capacity to serve, I promised to do my best with the support of Allah.”

“All the people of this emirate and the state at large, we are one and assure to unite our people to stay in peace. There would be no different, we are one and we shall remain one united people.”

Earlier, Governor Tanko Umaru Al- makura, urged the new Emir to justify the confidence reposed on him by the people of the emirate and the state at large.

Al- makura, who spoke through his Deputy, Salis Ali Agara, thanked the emirate for conducting themselves in the peaceful selection that led to the Emir’s emergence, calling on the Paramount ruler to maintain the peaceful coexistence of the state and work with all irrespective of tribes or religious differences.