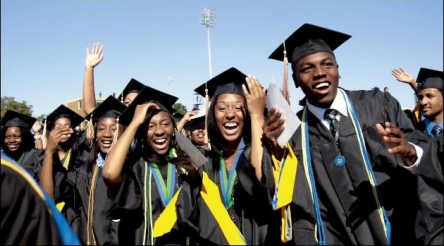 Vice-Chancellor of the newly established Bamidele Olumilua University of Education, Science and Technology Ikere-Ekiti (BOUESTI), Professor Olufemi Adeoluwa, has expressed worry over the apparent lack of the needed requirements for employment by many graduates of Nigerian universities.

Adeoluwa while speaking with journalists at the weekend at the university, said stakeholders in the education sector should rise up to the occasion to change the narratives about Nigerian graduates.

The vice-chancellor revealed that authorities of the new university had set a motion in place to ensure that students from the university graduated with the needed skills to thrive in the labour market and as well provide solutions to problems in the society.

He added that BOUESTI would be a different institution where students would be exposed to up-to-date learning materials and curriculum, which he said would in turn made them self-employed after graduation.

He maintained that the university was starting on a strong footing with the support from the state government and the host community, which he said “had promised to contribute among themselves and about N500 million.”

His words: “We all know about the unfortunate situation of things in the country where many graduates cannot be employed but our institution was designed to change the narratives.

“This is going to be a different university where graduates will solve societal problems and after graduation they will be self-reliant and they will be useful to the society.

“We will expand our courses to meet the requirements of employers both in public and private sector, and most importantly the students will be exposed to entrepreneurial skills which will in no small measure give them an edge among their peers after graduation.”

The vice-chancellor assured parents and other stakeholders that reasonable and affordable fees would be charged across the three colleges of the institutions.

Speaking, a former Vice-Chancellor of the Federal University of Technology Akure (FUTA), Professor Lawrence Kolawole, commended the authorities of the university for engaging him and other 15 professors for a seamless take off, promising that they would give their best in making BOUESTI a first to be reckoned with among the comity of institutions in the country.