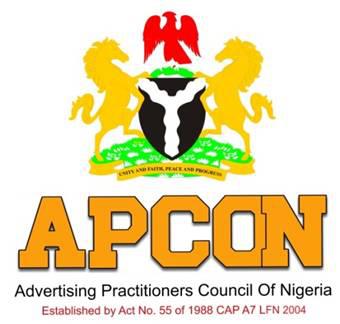 APEX regulatory body in the nation’s integrated marketing communications  space, the Advertising Practitioners Council of Nigeria (APCON), has announced plans to develop  a new business framework and Standards Operating  Procedure for the advertising  industry, as part of its efforts at sanitizing the industry.

Making this known during a visit to the leadership of the National Broadcasting Commission (NBC), in Abuja, recently, the Registrar and Chief Executive Officer of APCON, Dr. Lekan Fadolapo, stated  that the new business framework, expected to be released soon, in collaboration with NBC, would be all-encompassing, addressing critical industry concerns.

Some of the issues to be addressed, he stated, include,  the recurring issues of  industry debt, payment policy, inter and intra sectoral relationships among others.

The APCON boss added that the NBC is expected to make substantial input and  participate, adequately, in the formulation of the SOP for the industry.

He therefore sought the mutual collaboration of  the commission, as a government regulatory agency, to ensure that all broadcast media organisations comply and enforce the advertising code.

Fadolapo described the visit as in line with the directive of the Honourable Minister of Information and Culture, Alhaji Lai Mohammed, that all agencies regulating the advertising and media industry should collaborate and seek solution to the age-long issue of media debt.

Expressing his delight at the visit, the Acting Director General of NBC, Professor Armstrong Idachaba reaffirmed the commitment of  the commission to partner with APCON in every area of interest that would improve the long-standing relationship and the respective mandate of the two government agencies.

He also sought  the support of APCON  on the Zero Debt Tolerance policy of the broadcast media and the revised broadcast code.

The two regulatory agencies agreed to sign a MOU and work together to promote a healthier business environment for all stakeholders.

The two agencies also agreed to collaborate in ensuring the resolution of the age-long industry debt, adherence to advertising code among other critical industry issues.