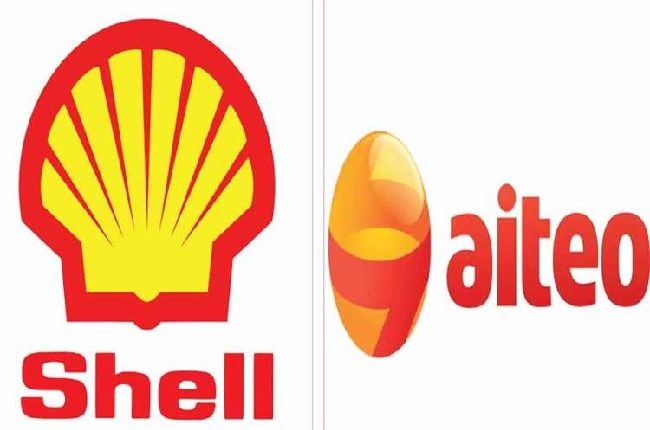 The people of Nemb have thrown their weight behind an indigenous oil firm, Aiteo Exploration and Production Company, compelling Shell Petroleum Development Company (SPDC) to pay for 16 million barrels of crude oil belonging to Aiteo and the Federal Government which it allegedly failed to account for.

During a protest in Nembe, Nembe Local Government Area, they threatened to shut down facilities belonging to Royal Dutch Shell, saying their action is depriving communities in the area from benefiting entitlements due to them.

The protesters, carrying placards with various inscriptions, said they are giving Shell a one-week ultimatum to comply or risk their facilities in Oluasiri area of Nembe being shut down.

Speaking to newsmen during the protest, the Nembe City Youth President, Albert Cons-Benibo, said “we entered a Memorandum of Understanding with Aiteo but they pleaded that we give them time to settle down, an appeal we granted graciously.

“But along the line, they failed to meet up their obligation to us. As understanding people, we gave them more time, yet they failed. So when we confronted them they accused us of sabotaging their production.

“We are protesting that Shell should refund the crude so that Aiteo can meet up their responsibility. Now look at Nembe today, there is no light and water for the common people. We cannot allow multinationals to come here and steal our own oil on our own land.”

Speaking also, Moses Ayerite, the President of Nembe Youths Federation, said “our demand is that Shell should return what they have stolen from Aiteo because they are of no benefit to us now. We have found out that the data Shell has alegedly been presenting fake data as what they get every day.”

The indigenous oil firm, Aiteo, in a statement by its head of media operations, Mr Ndiana Matthew, is alleging that the 16 million crude shortfalls recorded at the Bonny Export Terminal between 2016 and 2018 belonged to them and the Federal Government.

The statement alleged that Shell has been embarking on a media campaign of calumny against Aiteo and its Executive Vice Chairman, Benedict Peters, to divert public attention from the missing 16 million barrels of crude and put the indigenous oil firm in bad light locally and Internationally.

In its reaction through its media relations manager, Mr Bamidele Odugbesan, Shell described the allegation of oil theft at its Bonny Crude Export Terminal as factually incorrect.

The statement said: “This is a distinct issue that relates to directives by DPR to SPDC as operator of the Bonny Oil and Gas Terminal, an asset belonging to the SPDC Joint Venture to implement a crude reallocation programme between injectors into the SPDC JV’s Trans Niger Delta Pipelines and injectors into the NCTL.

“Crude allocation review is a normal industry practice to reallocate previous provisional allocated volumes under the directives and supervision of DPR and this is not an exercise resulting from crude diversion, underreporting or theft at the terminal.”

In the penultimate week, (March 7 – 13), there were 2,300 cases, a reduction when compared to the 2,817 recorded in the previous week’s (February 28 – March 6)…Nembe, Aiteo insist Shell must account for 16 million barrels of missing oil

Killer of Kogi PDP women leader Salome convicted, sentenced to 12 and a half years imprisonment