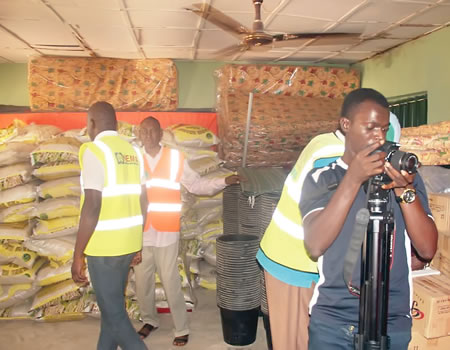 Mr Anusim, represented by the Assistant Coordinator, Mrs Eyiuche Aniagor noted that the materials were brought by the Federal Government through NEMA after a joint assessment with the Anambra State Emergency Management Agency, SEMA.

He urged them to always be prepared against any flood prediction since they are living in coastal areas.

The Executive Secretary, SEMA, Chief Paul Odenigbo said the item from NEMA was to sympathise with the 2019 flood-affected victims in the state.

On his part, the chairman Ayamelum council area, Mr Benjamin Onyebor expressed gratitude to the state and Federal Governments for coming to the aid of the people.

President-General, Umumboh Community in Ayamelum LGA, while praising NEMA and SEMA, noted that the materials would go a long way in cushioning the effects of the disaster on the victims.