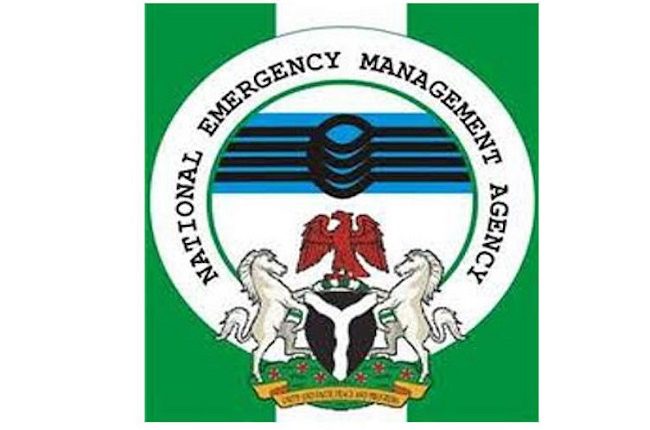 Speaking during the flagging off distribution of relief items donated by the King Salma Humanitarian Aid and Relief Centre at El-miskin IDP’s Camp in Jere on Thursday, Director General of NEMA, Ahmed Mustapha Habib said the aim of the gesture was to reduce the hardship faced by the IDPs due to displacement coupled with the recent flooding in many communities across the state.
He noted that each of the 16,000 households got 25 kg of rice, 25 Kg of Beans, 25 Kg of flour, maize grits, spaghetti, tomatoes paste, cooking oil and seasonings, and blankets among other items.
According to him, NEMA would continue to support the Borno state government in the resettlement of IDPs back to their ancestral communities as Nigerian army continues to win the war against Boko Haram insurgents in the Northeast.
“Normalcy is gradually returning to the northeast region, with the high commitment of Borno State Governor Babagana Zulum,  peace and security are gradually returning to many communities”.
“We are witnessing yet another act of benevolent from KSRelief, the center has once again donated 16,000 food baskets to cater for 16,000 households in Borno for two cycle”.
“The impact of this intervention has no doubt brought succour to most of the IDPs and victims of flooding in Nigeria”.
Commending NEMA’s gesture, Governor Babagana Umara Zulum has expressed his appreciation to the DG of NEMA  and King Salman Humanitarian Aid as well as the Dangote Foundation.
“This is not the first time the foundation of King Salma Humanitarian Aid is providing relief materials to Borno State, they have started since 2018, and so far so good, we pray that the Almighty Allah bless the Kingdom of Saudi Arabia Abundantly”.
“Once again, on behalf of the good people of Borno State, let me express our deep appreciation to Salman Humanitarian Aid as well as to Presidential Committee on flood, relief and rehabilitation for this very important gesture”.
“The government of Borno State will ensure that items will be distributed equitably to the victims of Boko Haram insurgency”.
Also speaking, the representative of King Salman Humanitarian Aid in Nigeria, Al-yuosuf Abdulkarim said “this aid came as an extension of relief efforts provided by the government of the Kingdom of Saudi Arabia, under the leadership of Holy mosque and King Abdulaziz Ahlus Saoud to the affected countries all over the world”.