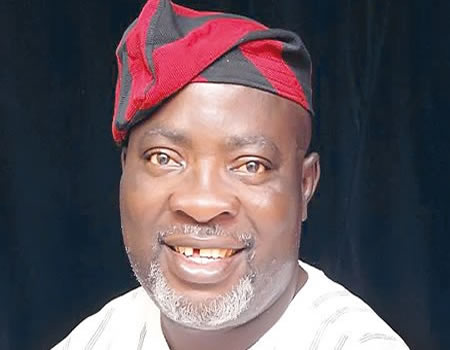 After a review of the outcome of the National Executive Committee (NEC) meeting of the All Progressive Congress (APC) held on Tuesday, the Peoples Democratic Party (PDP) has concluded that the ruling party has finally collapsed.

In a statement issued by PDP National Publicity Secretary, Kola Ologbondiyan, on Wednesday in Abuja, the PDP also noted that the confusion, impunity and lawlessness in the APC had further exposed the failure of the President Muhammadu Buhari-led Presidency, adding that this accounts for its rejection by Nigerians ahead of the 2019 polls.

It said the APC has ultimately lost its soul and can no longer be reckoned with as a political party, having been hijacked by the Presidency cabal.

The party alleged that the cabal in the Presidency has overthrown its constitution, suppressed dissenting voices and now imposing a dictatorial regime within its ranks, reminiscent of a military coup.

The PDP said the development in the APC has further exposed the desperation by the Buhari Presidency to seize the political space, even within their party.

The statement added: “Nigerians watched with rude shock as President Muhammadu Buhari, the African Union anti-corruption champion, directly superintended over the worst kind of corruption in a political party by overthrowing its constitution and democratic processes, all in the bid to shut out other contenders in the Presidential race, a development which further confirms that the President has lost popularity even in his own party.

ALSO READ: We did not squander $500bn, PDP tells Buhari

“We invite all to note that whereas, the APC constitution provides for a four year tenure for officials of its organs and enshrined a re-election or reappointment at the expiration of the said tenure, the Buhari Presidency muzzled the APC NEC and imposed an illegal one year tenure extension for the Chief John Odigie-Oyegun-led National Working Committee, a fiat that is not provided for in the party’s constitution.

“The APC is so dysfunctional that under the grip of the Presidency cabal, the party in contravention of its own constitution does not have a Board of Trustees (BOT), which explains the reason it lacks conscience and failed completely in delivering good governance to the nation.

“Worst still, while its constitution provides for quarterly NEC meetings, the party has only held five since its formation in 2014.

“From the outcome of the Tuesday’s APC NEC meeting, it is clear that the party has finally collapsed, lost all democratic credentials and can no longer provide level playing ground for its members or even other Nigerians to freely aspire for any position of their choice, particularly, the Presidency, Governorship and National Assembly positions in the 2019 general elections.

“It is now certain that the APC is no longer a credible platform but an appropriated one, where only those anointed by the Presidency cabal can have the opportunity to aspire for any position within its ranks. The APC has been seized and is irredeemably damaged ahead of the 2019 general elections.

“Furthermore, the confusion and lawlessness that were the hallmarks of the outcome of the APC caucus and NEC meeting signpost the failures inherent in the incompetent, blundering and corrupt Buhari-led administration which has brought so much hardship and violence to our dear nation.

“This gives a strong insight into why the APC government was not able to adequately aggregate the issues, assemble the right economic team and muster the desired expertise, with appropriate programs and policies to run the much desired productive government in almost three years.

“We therefore urge all Nigerians of good faith still in the APC to note that their platform has lost it all and as such take the bold steps to save our nation’s democracy.

“On our own part, the repositioned and rebranded PDP remains open as the only credible platform for the much desired new national political engagement where all Nigerians can freely and democratically aspire to any position of their choice, be it the highest in the country without any let or hindrance.”

The leading opposition party, therefore, called on the APC to “note its self-inflicted doom and be ready to accept the inevitable defeat come 2019.”