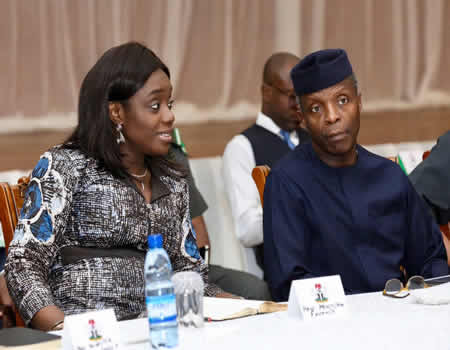 THE National Economic Council (NEC) has approved the report to inject the sum of $250million into the Nigerian Sovereign Wealth Fund (NWSF) to be sourced from the Excess Crude Account (ECA).

This was disclosed by the Minister of Finance, Mrs Kemi Adeosun, on Thursday, while briefing State House corespondents on the outcome of NEC meeting.

She said the Managing Director/Chief Executive Officer of SWF, Mr. Uche Orii presented a report to council on the NSIA annual reports and accounts for the year ended 2015 and update on 2016 activities.

Adesoun said in the report to NEC, Council members were informed that NSWF has the highest ranking in Africa in terms of performance and capitalization.

She added: “The report highlights, among others, the following: Financial performance 2014 to Q3 2016; update and investment strategy on the NSIA Future Generation Fund (FGF), NSIA infrastructure strategy and Agriculture Fund, NSIA – Old Mutual Real Estate Co-Investment Vehicle, among others.”

According to her, NSIA outlook, among others include plans to increase domestic infrastructure investment in 2017 “as there are compelling opportunities in the environment.”

She noted that NSIA will also focus on “Social Infrastructure” including investments in the form of affordable housing and healthcare through the development of specialist hospitals.

“Council while adopting the report of the NSIA decided to inject a fresh $250 million into the SWF sourced from the ECA,” she stated.

Giving an update Budget Support Loan Facility, Adeosun reported that Eight Accounting Firms have been appointed to start the verification process of the monthly facility based on the approved Fiscal Sustainability Plan by the States.

On the Economic Recovery Plan, she said the Minister of Budget and National Planning, Udoma Udoma, assured the Council members that Federal Government has a recovery plan that will take Nigeria out of the woods.

The Minister of Finance also reported the composition of the Board of the NSIA with a member each nominated from the six geo-political zone.

Council members unanimously adopted the nominations for onward consideration by the President for his final approval.