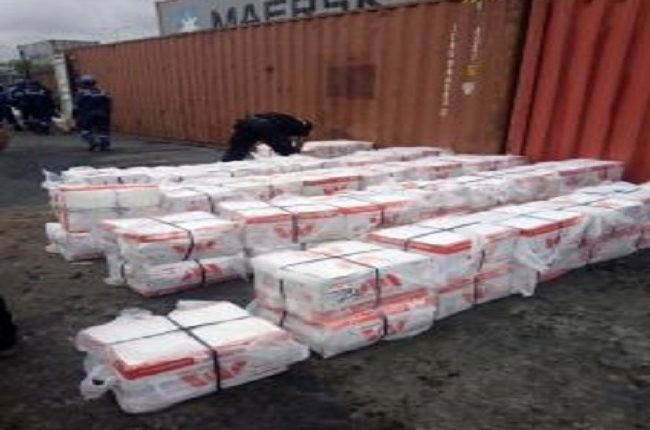 A statement by the NDLEA Head of Public Affairs, Mr Jonah Achema, said the Chairman, Muhammad Abdallah, disclosed this on Wednesday in Abuja.

The News Agency of Nigeria reports that Police detectives in Apapa Area Command of Lagos State had intercepted a 40-foot container laden with drugs suspected to be tramadol and codeine on Aug. 6.

NAN also reports that the investigation further revealed another 40-foot container and the joint examination also revealed 255 cartons of different types of tramadol and other banned medicines on Aug. 19.

Abdallah noted that the interception and investigation were with the assistance and cooperation of the Customs Area Command, Apapa.

“This was discovered in another container number TCNU 9465832 belonging to the same suspect transferred to NDLEA by the Police.

“This is making it 3 containers used to carefully conceal illegally imported tramadol and other medicines to Nigeria,” he said.

Abdallah said that the NDLEA would do everything within its powers to get to the root of the drug trade and enjoined other security agencies to collaborate with the agency in its ongoing investigation.

He observed that the recent discovery of more tramadol using the same route from Pakistan Asia – Hamburg, Europe – Nigeria showed the dynamic system of operation by the drug cartel to beat security operatives.

“This discovery is a major breakthrough in the fight against illegal importation of tramadol into Nigeria.

NDLEA arrests 75-year-old grandpa, 21 others, over tons of illicit drugs seized in 7…