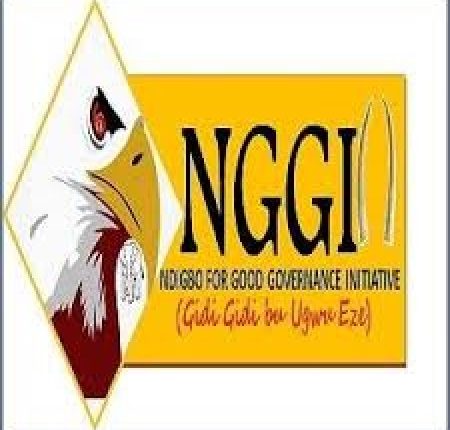 A group, the Ndigbo Good Governance Initiatives, has commended the Yoruba socio-cultural group, Afenifere, and its counterpart from the South-East, Ohanaeze Ndigbo, for their intervention in dousing inflammatory and incendiary remarks during the violence orchestrated by hoodlums that trailed the #EndSARS protests.

Reading the communique of its first National Executive Committee meeting to newsmen, in Abuja, on Tuesday, Honourable Nonso David Ezedinma, National President of the group flanked by his national secretary, Honourable Marcel Ezenwa, noted that the socio-cultural groups played a historic role by appealing to individuals from the two of the dominant ethnic groups in the country not to allow themselves to be manipulated by forces bent on instigating ethnic division.

He said: “That the current threat to security, which has in the past few weeks arisen as a result of the #EndSARS Protests by some Nigerian youths became a grave threat to national security when it was obviously hijacked by all manner of persons who had begun to sing a discordant tune from the original ideals of the protests, should never be allowed to continue.

“The National Council, therefore, notes with dismay the various intrigues that have since emanated from the protests. The Council sympathises with all those who lost loved ones, properties or were injured in the many unfortunate incidents that marked the protests. We commend the actions of Afenifere, Ohaneze Ndigbo and other ethno- cultural Associations who, in spite of various inciting concerns and glaring acts of manipulation, chose to embrace initiatives that drove peace and unity among ethnic groupings and divides. While we note the legitimate rights of our youths and, indeed, any demographic groupings to protest on any issue they feel strongly about, we call on our youths to embrace the promises of Government to redress the wrongs that agitate their minds.”

While appealing to aggrieved Nigerians to use the judicial panel of inquiry set up by state governments to ventilate their grievances, the group equally called on the Federal Government to address the imbalance in the nation’s security architecture as it maintained that the appointment of Service Chiefs was skewed against the South-East geo-political zone.

“That the current actions of the State Governments across the country in setting-up Judicial Panels of Inquiry, where all those with legitimate grievances should come to ventilate their feelings in relation to Police brutality and other rights abuses by security Agencies, should be applauded and encouraged to bear results. The Council calls on all persons and groups that may still be harbouring any feeling of jungle justice against anyone who they perceive or feel has done them any wrong to desist forthwith from any such actions. We must purge ourselves of every feeling of self- help that had characterised the last parts of the endSARS campaigns in the past few days to embrace the rule of law.

“That it has become embarrassingly worrisome that after over five years since coming on board to man the security architecture of a Boko Haram terrorised the nation, Mr President has failed to rejig or make any appointments to his military commanders, who are known to have gone past retirement. The whole issue is further not helped by the fact that the continuous stay in office by this present crop of officers has ensured that junior officers have been retired several years before their seniors.

“As it is, this has brought about low morale and has highly threatened the desire to excel among the military establishment. Again, it must be shouted from the rooftop that these Service Chiefs are almost from a section of the country. Sadly, no Igbo man has been a part of the current Service Chiefs even when the Federal Character Principles have negated the current wrong practice.”