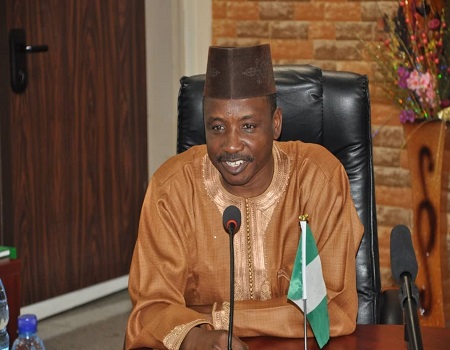 In the effort to prepare youths for sustainable skilful jobs, the National Directorate of Employment, NDE, yesterday commenced training of 630 unemployed Anambra youths on vocational skills.

The training was anchored on, ‘The Basic National Open Apprenticeship Scheme, B- NOAS,’ through which the unemployed youths, comprising the school leavers, school dropouts, persons with special needs among others would be attached to master craftsmanship and other marketable skills.

She noted the beneficiaries were drawn from the 21 local government areas in the state and would be trained for a period of 3 months.

“The training will last for three months simultaneously in the 36 states and FCT, upon which the beneficiaries are expected to acquire these marketable skills.

“They will be paid a monthly stipend during the training to assist them in transportation and provide resettlement package after graduation.”

To further ensure that the mobile training workshops cover the localities, NDE adopted a code name, ‘School- on- Wheel’ (SOW), used to extend the scope to where training outlets are deficient or non-existent.

It was learnt that the aim was to stem the tide of rural-urban drift and promote economic activities in those areas.

In his remarks during the inauguration of SOW, at the Civic Center, Umuchu, Aguata local council, the Director-General of NDE, Dr Nasiru Argungu maintained that the intervening schemes have made a great impact at the grass-root level with requisite self-employment skills.

“The programmes of the Directorate are rural-based because when the rural economy thrived, the economy at the centre would also be healthy, with prices of goods and services reducing.

“The School- on-Wheel scheme will create a pool of artisans that will readily address the needs of the rural environments,” Argungu stated.

Argungu, who was represented by Mr Emmanuel Onovo assured that after the training, the participants would acquire enough skills and experience that would enable them to succeed in their various chosen ventures.

One of the participants, Mrs Oforka Evelyn expressed joy for being one of the lucky beneficiaries and pleaded with the Federal Government to further assist them with starter packs that would serve as an ancillary after the training.