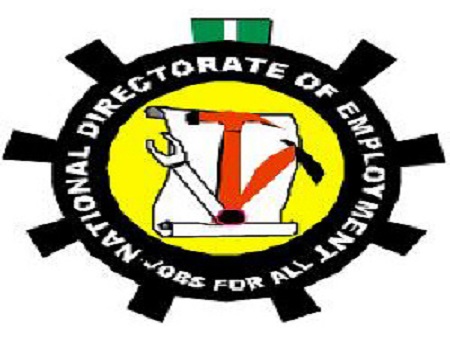 The National Directorate of Employment (NDE) has restated further commitment to the provision of marketable skills and adequate jobs for the teeming unemployed Nigerians.

The Acting Director General of the NDE, Mallam Abubakar Nuhu Fikpo, made the commitment in Bwari, FCT Abuja, during the resettlement exercise of the NDE and the United Nations Development Programme (UNDP) collaboration exercise where 56 persons were graduated and all received starter packs.

According to Mallam Fikpo, the disbursement exercise was part of the Federal Government efforts at enhancing job creation and promoting self-reliance.

The 56 youths and women who were drawn from Kogi and Plateau states were trained in catering services, photography and GSM handset repairs under the Youths at Risk Programme.

The acting DG revealed that the training is aimed at delivering marketable and functional skills to the beneficiaries, thus creating a pool of competent artisans ready to contribute positively towards the development of their locality and the nation at large.

After six months of intensive training, he stated that the beneficiaries of the empowerment exercise are expected to set up their individual micro-enterprises within their immediate localities where they will contribute to the economic growth of the nation.

He appreciated the United Nation Development Programme (UNDP) for partnering with the NDE in delivering the training and the starter packs to the beneficiaries.

He further observed that the UNDP has remained a strong partner of NDE and a veritable institution for the promotion and execution of job creation initiatives in Nigeria.

The Acting Director General who charged the beneficiaries to redouble their efforts in ensuring the sustainability of their enterprises and justify the huge capital invested in them, promised to provide mentoring and support services to ensure that the beneficiaries do not relapse into the unemployed market.

He added that the initiative was part of the economic policy of Muhammadu Buhari’s administration to create mass employment opportunities for the unskilled and unemployed Nigerians through micro-business programmes and schemes.