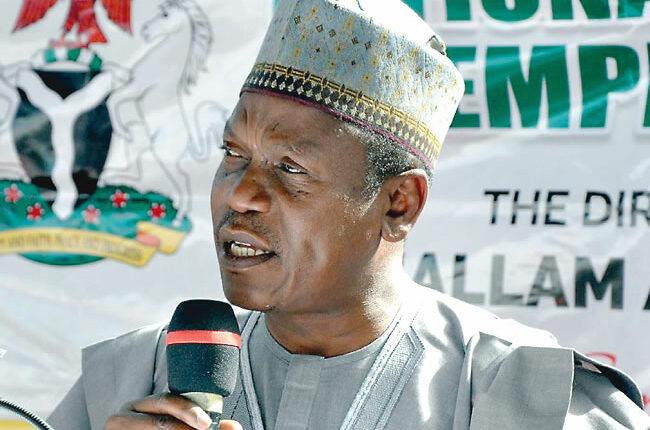 The loan facilities, according to the employment directorate, consisting of basic working tools and cash components, are being disbursed to 494 beneficiaries in the six geo-political zones across the country.

According to the NDE, the loan disbursement is being executed under its Special Public Works (SPW) programme.

In a press statement signed by Mr Israel Adekitan, NDE’s Public Relations Head, the directorate, in November 2022, concluded three months EBTS skills training for 1,110 unemployed youths in 36 states and the FCT Abuja at 30 participants per state.

The statement quoted the director-general of the NDE, Mallam Abubakar Nuhu Fikpo, as saying that the agency had planned to empower 962 graduated trainees out of the 1,110 participants but could only resettle 494 due to budgetary constraints.

Mallam Fikpo said the other 470 graduate trainees would be empowered at a future date.

He further explained that the objective of the loan disbursement exercise is to create jobs, especially self-employment for the trained participants and help them become self-reliant.

“The mandate of the directorate is to fight mass unemployment in the country by creating jobs through skills acquisition and entrepreneurship development.

“NDE will not stop at training willing Nigerians but will also ensure that the trained participants are well established and are out of the unemployment market,” Malla Fikpo said.

The NDE DG went on to say that the EBTS loan disbursement exercise would create a pool of entrepreneurs that will soon become employers of labour in Nigeria.

Mrs Olaomi said 26 people per state are to benefit from the phase one empowerment exercise using the 50 percent of budget released.

Environmental Beautification Training Scheme (EBTS) is one of the popular schemes of the Special Public Works Programme of the NDE.

It is designed to train unemployed persons to acquire professional skills in environmental beautification, sanitation and protection of environment.

According to Abubakar Umar, a beneficiary in Ilorin, Kwara State, the loan disbursement initiative of the NDE is bringing a great relief to him and his family, especially his father, who has been so concerned over how to raise capital to start his POP business.

Atiku at NESG: It is patently misleading to compare Nigeria’s borrowing binge with developed countries