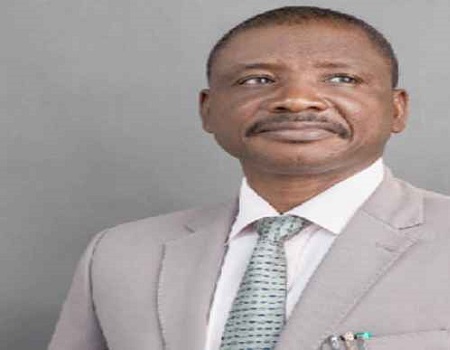 The National Directorate of Employment (NDE) on Tuesday disbursed N3.3 million to 330 women in Oyo State to boost their businesses.

Olayemi said the empowerment programme was designed to help the women start-up and improve their own businesses, thereby contributing to economic development and poverty reduction.

She disclosed that 330 women 10 of whom were drawn from the 33 local government areas in the state were trained under the MESS.

The state coordinator said each of the beneficiaries would get the sum of N10,000 as financial support to start a micro business of her choice.

The NDE boss recalled that 300 women in the state had in December 2019 benefited from the scheme, saying that their testimonies showed that they were doing well in their respective businesses.

Olayemi advised the 330 beneficiaries to judiciously make use of the revolving loan and ensure good turnover for an appreciable opportunity in the future.

In her message, Mrs Florence Ajimobi, wife of a former Governor of the State, Senator Abiola Ajimobi, urged the beneficiaries to see the loan as an opportunity to thrive in their respective businesses.

She disclosed that more empowerment programmes would soon come the way of women and other less privileged in the state, urging the women to exercise patience with the federal government.

The South-West Zonal Director, Mrs Awulatu Shafaru, represented by Mrs Christy Olowogbemi, a Director in NDE, urged the beneficiaries to ensure effective utilisation of the funds and engage in productive businesses.

Shafaru urged the women to prevail on their unemployed children to register with the NDE for its skill acquisition programmes, to enable them to get trained and be self-reliant, instead of engaging in social vices.

She said that NDE would continue to train Nigerian youths and unemployed individuals in various skills so as to reduce unemployment across the country.

The beneficiaries lauded the gesture and promised to make good use of the funds.

Some state officials of the All Progressives Congress (APC), including the Women Leader, Mabel Williams, and the Secretary, Mojeed Olaoya, witnessed the disbursement of the fund.