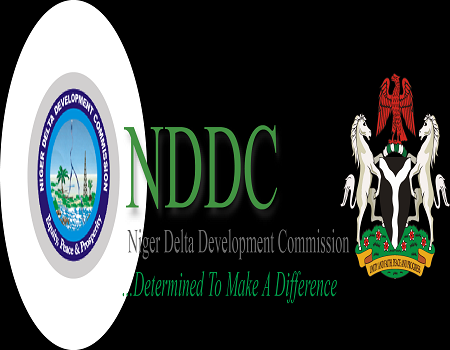 The Niger Delta Development Commission (NDDC), says it will soon commence the training of Niger Delta youths at the Innoson Kiara Academy, a technical and vocational institution affiliated to the Innoson Vehicle Manufacturing Company, as part of its skills acquisition programme.

The NDDC interim administrator, Mr Efiong Akwa, represented by his Special Adviser on Youths, Mr Udengs Eradiri, disclosed this after inspecting the facilities at the Innoson factory in Nnewi, Anambra State.

He was accompanied by the NDDC deputy director on  Commercial and Industrial Development, Mr Daniel Ajunwa.

Akwa noted that NDDC already has a partnership with the motor manufacturing company for the training of youths in different aspects of automobile maintenance, stating that the reason behind the visit to the factory was to firm up the partnership.

He said: “There are lots of skills that our young ones can get from this facility. They can be trained in fabrication, assembly, painting and corrosion control, among others. We think that because of the growing economy of the Niger Delta and Nigeria, it is important that we begin to grow our own skills to be able to manage our economy.”

The NDDC chief executive officer, observed that the Presidential Amnesty Programme (PAP) had trained several Niger Delta youths in the facility who came out with valuable skills.

He said, “We want to continue with that kind of development and get to a situation where we will have a plant in the Niger Delta which will also be manufacturing vehicles. We will take the partnership to a point where a replica of the Innoson factory will be set up in the Niger Delta region.”

“We are aware that the training facility teaches skills, attitude and entrepreneurship. We know that if you learn a skill, you should be able to translate that into financial gains.”

Also speaking, the deputy director,  Commercial and Industrial Development, NDCC, Mr Ajunwa, said that the training partnership will be rewarding if the benefiting youths would be sufficiently empowered to set up on their own after the training.

He said that NDDC placed a lot of premium on industrial development and human capacity-building and assured that the youth to be selected for the training would be spread across the nine Niger Delta states.

Responding, the chief executive officer, Innoson Kiara Academy, Mr Endi Ezengwa, thanked the NDDC for considering the facilities at Innoson Motors for the training of Niger Delta youths, stating that he looked forward to seeing the partnership come into effect.

According to him, “the skills from our factory are what we want to transfer to the young ones, so that apart from maintenance of vehicles, they can also manufacture vehicles to some degree. For instance, they can manufacture engine bolts, tools for agriculture and generally imbibe the concept of manufacturing.”

He added: Many of our youths had too much energy that needed to be properly harnessed and channeled into constructive use, such as in fixing vehicles and contributing to the industrialisation of the Niger Delta region.

He assured that the Innoson Group would in due course set up workshops in the Niger Delta region in collaboration with organisations like the NDDC.