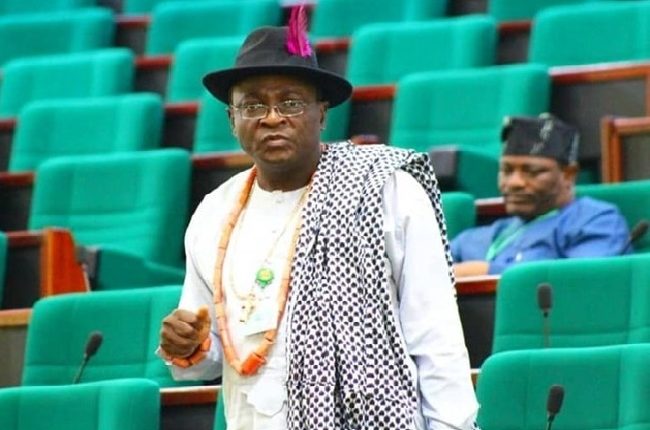 The Member representing Ughelli North, Ughelli South and Udu Federal Constituency in the House of Representatives, Rev. Francis Ejiroghene Waive, has called Niger Deltans to unite or be ready to suffer more neglect and exploitation. NDDC.

The House of Representative’s first-timer called on all ethnic nationalities in the region to unite in order to forge a common front at the national level to fight maladministration, especially in the region’s interventionist agencies.

He said if this was not done, the region would continue to be exploited by both the political class and other regions and would also lag behind in terms of development.

The lawmaker, while speaking to a team of journalists on Tuesday at his constituency office at Ughelli, Ughelli North Local Government Area, Delta State, disclosed that the region’s political class and other major tribes were exploring the dividing line among the ethnic groups in Niger Delta to undermine it.

“It’s a far cry from what we ought to get as a people and as a region because of the environmental degradation and the effect of oil exploration of several years, but having said that, we as a people in the South-South, we need to come together as one, we need to be united because that is the only way we can fight for our right, and get what truly belongs to us.

“If we are scattered, if we are disunited, then the others will have the opportunity to take advantage of us, exploit us, use us as part to knock one another and exploit our resources.

“Look at Warri for instance, it’s a sad story what this town has turned into when Warri Port was booming, you remember what this town used to be like, when there was Shell and when Shell was building that Osubi airstrip I believe that they had good plans in mind, not to abandon it, but look at where we are, and it’s all traceable to our inter-tribal problems and these problems do no nobody good.

“If we don’t know it, there are no tribes in the greater Warri area that will be able to alienate one another, the Urhobos, the Ijaws, the Itsekiris.

“We can’t eliminate one another, being together is God’s idea, and we must come together, partner one another, agree with one another, give and take, and then, we will be able to insist on our rights, otherwise, politicians will take advantage of us, the system will take advantage of us, contractors, of course, will mess us up, there is a need for unity across the Niger Delta, across the states of the South-South of this country in order to bring development to our people,” he enthused.

Waive also decried the level of mindless corruption and mismanagement of funds by successive managements of NDDC, which if well managed, the region would have witnessed some appreciable level of development.

“It’s a sad reality that what is happening to us is an act of our own people but then there is a bigger dimension to it, the Act setting up the NDDC, the amount of money that should come here, is not coming, and it has never come and it’s because we are not united.

“Nobody will ask and if we come together as a people and unite, we will be able to insist on the proper implementation of the act establishing the NDDC,” he noted.

According to him, people of the region can only hold the management of NDDC accountable if they unite.