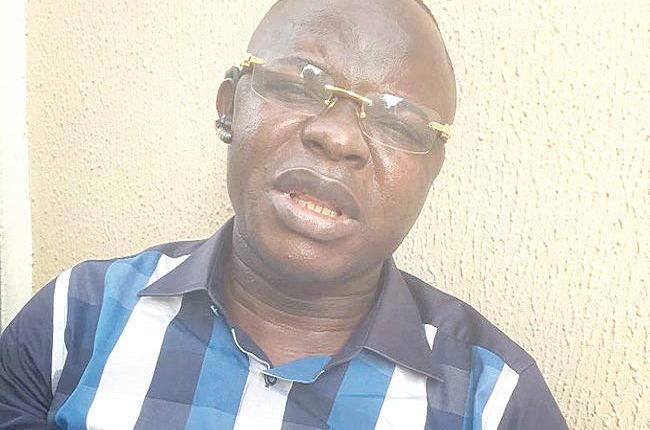 A Renowned Human Rights Activist and President, Centre for Leadership and Justice, Barr. Emmanuel Umohinyang has said that seventy percent of the challenges causing the backward development of the Niger Delta region despite the creation of the Development Commission by the Federal Government emanated from leadership.

UmohInyang, who is against scrapping the Niger Delta Development Commission, said that the Agency does not have good hands to sail its ship because of lack of deep concern for the people of the area on the part of the leadership of the Agency.

The Activist made this disclosure known to Tribune Online while speaking on the recent happenings at the Niger Delta Development Commission recently in Lagos.

He said that the leaders have conditioned the minds of the people in a way that stealing is done without their knowledge.

UmohInyang, however, assured that justice will never be denied and none spared on the issue of corruption under the watch of the Buhari’s administration.

“Although so many have called for the scrapping of the Niger Delta Development Commission, but I do not support the call.

“In a basket full of tomato, no matter how freshly they look and no matter how beautiful to the eye they are, if you dip your hands inside you will still bring out some rotten ones.

“It is not as if the Niger Delta do not have capable hands to drive the process for the betterment of the people. it is just that those that have been opportune and privilege to head the Agency have not taken deep concern of the people along with them.

“They have conditioned the people’s mind in such a way that even when they are stealing from them, the people are not going to know.

“They have also these people who will take out such protest on their behalf if the government is to come after them.

“Whosoever has dipped his hand into the cookie jar, the government will punish such a person and I think the president has directed the actionable agencies to investigate and the outcome of that report is what he waits on. As soon as the report has turned in, the needful will be done” He said

Meanwhile, The Convener admonished that suggestive leadership over the Niger Delta Development Commission should be jettisoned for any meaningful development to be effective in the area.

He noted that the Niger Deltans are after development and where the leadership of the Agency is coming from, adding that this could be done without being restricted to the area alone.

“Before we can think of meaningful progress within the Niger Delta Development Commission, Certain things have to be put in place. The first is that we must jettison the idea of suggestive leadership, where the leaders sit down and begin to nominate people into the agency

“And that is one of the problems I have with this Federal Character thing. I believe on a merit system. If a Northern Man will come and lead the NDDC and build roads, the people are not bothered about who sit as the MD of NDDC.

“What the people of Niger Delta want is Development. If we see a competent person in the West who can do it let the person goes in there and do it. What the ordinary man in Niger Delta wants is to turn the tap and water comes out” UmohInyang stated.

He described the current situation in the NDDC as unfortunate, reiterating that the problem is not government but leadership.

Speaking on the N1.5bn claims as palliatives by the NDDC Management, The Activist described the act as unknowledgeable of the meaning of palliative, explaining that it means a solution to the problems of the Area and made available to the poorest of the poor not for personal gains.

“The challenge we have in the NDDC is not that of government but it is the leadership problem and it is being compounded with malnourished followers in the region.

“It looks as if the current management of the Agency now is competing with the previous management on who loots the treasury most.

“More shamefully is that a few days back I watched Professor Dande Pondei, the acting MD of NDDC, before the Senate Committee on NDDC investigating the 40million mismanagement under their watch, admitted he spent N1.5bn on palliatives.

“Palliatives for themselves. It came to me as a shock and it looks to me as if some of these people don’t understand what palliatives mean. Palliative is a stopgap to certain challenges in the society. Palliatives are given to the poorest of the poor.

“But, for an agency that its salary and allowance are statutorily provided for in the NDDC Act. It is too shameful that what is happening in the NDDC could be happening under the watch of the Minister.

“I am more depressed that the Minister has not up till this moment taken steps to weed those people out of that place or cause for an investigation on how this humongous amount of money was shared by some group of people in the name of palliative” Emmanuel said.

How music chose me —Brillsta