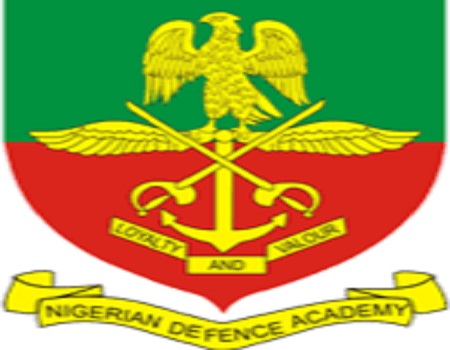 The Nigerian Defence Academy (NDA) has alerted the general public, especially applicants of 71 Regular Course who could not make the final admission list, of the existence of a fraudulent syndicate purportedly claiming to be admission officers of the Academy.

The Academy’s Public Relations Officer, Maj. Abubakar Abdullahi gave the alert in a press statement issued on Tuesday in Kaduna.

The statement said the fraudsters sent various messages to candidates requesting them to call certain phone numbers with a view to gaining admission in the supplementary list.

“The Academy strongly advises the public to disregard such messages.

“Such messages were not initiated by the Nigerian Defence Academy. Hence, the general public should note that there is no supplementary list of any kind for 71 Regular Course.

“The NDA uses only mainstream media, its official website (www.nda.edu.ng) and its social media channels on facebook and twitter (DefenceAcademyNG and HQ_NDA respectively) to disseminate public information.

“Therefore, NDA will never direct you to call any phone number for admission or payment,” it said.

The statement advised the general public not to fall prey or have any dealings with the admission fraudsters.

“You are to report the activities of such fraudsters to the nearest military or police unit, ” it advised.

NUC dismisses claims on abolition of catchment area for admissions